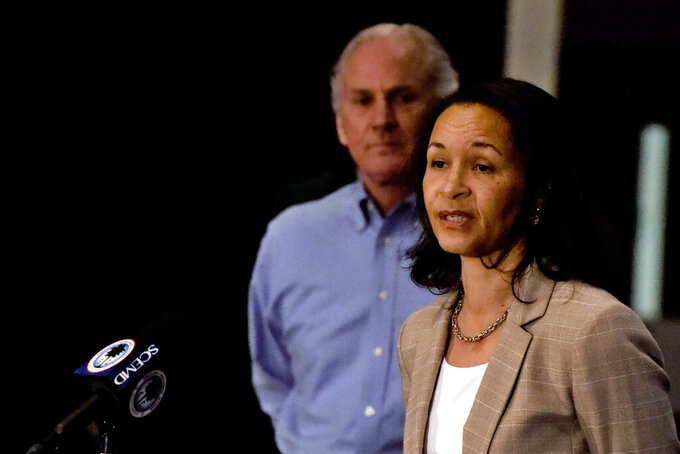 Two sheriff's offices in the state said they each have an employee who tested positive for COVID-19, the disease caused by the virus.

Lexington County Sheriff Jay Koon said one of his deputies was recovering in isolation at home and “in good spirits” after getting his positive test results Friday.

“We’re doing everything we can to protect our employees so they can continue to protect our community,” Koon said in a news release, adding that work areas were being cleaned and employees were having their temperatures checked at the start of each shift.

The York County Sheriff's Office said one of its employees also had a confirmed case of the virus, and that four additional staffers were in home isolation as an extra precaution.

For most people, the new coronavirus causes mild or moderate symptoms. For some, especially older adults and people with existing health problems, it can cause severe illness, including pneumonia and death.

In Charleston, the owners of two local businesses were issued citations for remaining open in violation of the city's shelter-at-home ordinance. Charleston police said in a news release that both businesses had remained open despite having previously been warned that they needed to close.

“It has come to my attention that some people are taking advantage of this devastating crisis by declining to make rent or mortgage payments,” Beatty said. “I want to remind people who are able to pay their rents and mortgages that they should continue to make their payments. My order did not relieve people of their personal responsibilities or financial obligations.”