VIRUS DIARY: In face of tragedy, a faith in science endures 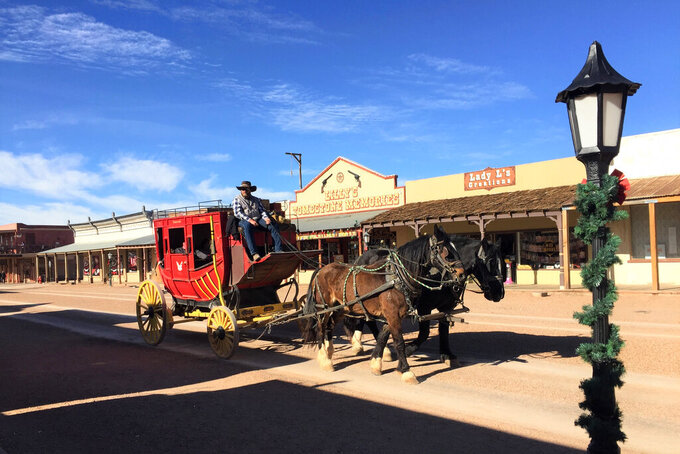 PHOENIX (AP) — As I read about the 35th anniversary of the 1986 Challenger shuttle disaster this week, I was transported back to Fifth Street Middle School in Bangor, Maine.

I was in eighth grade. Our teacher wheeled in a television so we could watch the launch of the NASA mission that would lift another educator from neighboring New Hampshire into the sky and beyond.

We were in a modular classroom — basically a converted trailer home — attached to the main building by a walkway, leaving us attached but also isolated from the rest of the school. When the shuttle exploded, I sat among my classmates, stunned and unable to process the cataclysm on the screen. Like her pupils, our teacher was frozen and silent.

Reading through remembrances of that shocking day, I realized the COVID-19 pandemic has returned me to a similar condition.

I have spent 11 months in my apartment in Phoenix writing news stories about the western United States with only a laptop and Wi-Fi. In terms of information, I am extremely well connected.

Yet like everyone else, I have been stunned into submission. I missed family milestones both happy and mournful, and saw highly anticipated events canceled by the virus (we will meet again someday, Rage Against The Machine). My lifelong asthma also has heightened my fear of infection and kept me mostly inside, avoiding others.

I break up living room workdays with short night walks. I enjoy the cactus and stone front yards of my neighbors, so different than the pine and birch trees I saw on my commute to school in Maine. I am connected geographically, attached to my home and the city, but still isolated.

I have adapted to my shrunken circumstances in various ways, including taking the added — extreme, some might say — precaution of purchasing all my groceries through a certain online retailer.

Freeze-dried broccoli and mushrooms, packets of soup and powdered coconut milk give me a sense of safety and have helped shed a healthy number of pounds, but my palate yearns to break free from quarantine.

I have taken one pandemic trip: a vacation to Tombstone, Arizona, where I rented a small cabin on a haunting piece of desert land. But the excursion only reinforced a sense of isolation.

In Tombstone’s largely empty streets, I photographed historic buildings and watched the reenacted O.K. Corral shootout. I dutifully wore my mask and avoided those who did not.

Sitting next to a campfire outside my cabin, I looked to an intensely clear night sky filled with a dazzling array of stars — the same frontier toward which the Challenger ascended on its final journey — and felt connected to the cosmos but removed from society.

While enjoying the open terrain and absence of crowds, my perennial mask and alcohol wipes never allowed me to forget the threat and forced separation under which we all live. I was moving and free, but disconnected.

As we recall one of America’s worst technological failures in the Challenger disaster, we also look to the latest scientific marvel of vaccines for a return to some version of normalcy.

The great minds who built the doomed shuttle, which etched a dark notch in all of us old enough to remember, did not surrender. In September 2019, Jessica Meir became the first woman from Maine to travel into space, a beacon to myself and my former classmates who will never forget the tragedy that preceded her.

Cloistered in my home office, I remain comforted by a belief that the pandemic is another terrible misfortune from which we will eventually rise, recover and reconnect.