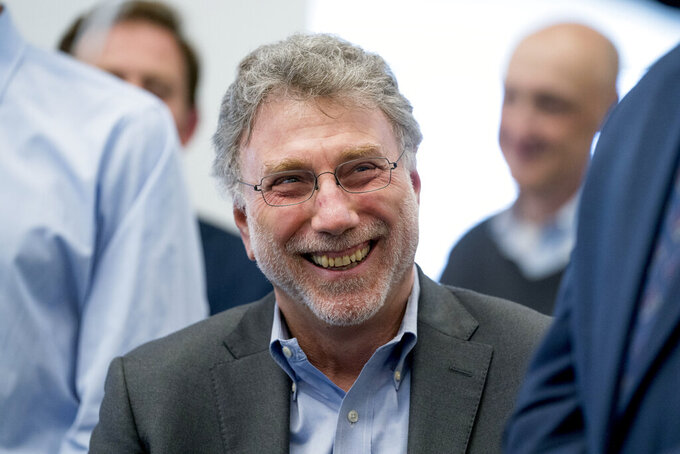 CAMBRIDGE, Mass. (AP) — The Washington Post's top editor told Harvard University graduates Thursday that facts and truth have become “matters of life and death,” yet he warned that some leaders continue to “undermine the very idea of objective fact, all in pursuit of political gain.”

Executive editor Martin Baron never mentioned President Donald Trump by name during his virtual commencement address, but he took veiled swipes at the president's attacks on the press and his clashes with the science community.

Baron warned of growing threats to the press and free expression, but also to science, medicine and the idea of fact itself. He said the stakes have been laid bare amid the coronavirus pandemic, as misinformation puts people's lives at risk.

“The public’s safety requires the honest truth,” Baron told Harvard's graduating class. “Yet education, expertise, experience and evidence are being devalued, dismissed and denied. The goal is clear: to undermine the very idea of objective fact, all in pursuit of political gain.”

The Post is a frequent target for Trump, who routinely dismisses coverage he doesn't like as “fake news.” He often takes to Twitter to voice his frustration and has repeatedly called the Post and other outlets “the enemy of the people.”

Yet Trump himself has faced mounting scrutiny over the truth of his claims. Twitter added fact checks to two of his tweets this week, the first time the platform had taken such action, prompting Trump to accuse the company of “stifling free speech."

During his speech, Baron decried efforts to demonize the press in the United States, saying they embolden other governments to do the same, including in China, Turkey and Mexico.

He cited an increase in journalists being imprisoned around the world, in some cases facing accusations of “false news.” He also cited the 2018 slaying of Washington Post columnist Jamal Khashoggi at the Saudi Consulate in Istanbul.

“He was murdered there at the hands of a team sent by highest level Saudi officials,” he said. “His offense? He had sharply criticized the Saudi government.”

Baron warned that “leaders who crave more power for themselves always move quickly to crush an independent press.” But he said they also target historians, scientists, courts, medical professionals and subject matter experts of every type.

“Today the government’s leading scientists find their motives questioned, their qualifications mocked — despite a lifetime of dedication and achievement that has made us all safer,” Baron said.

Trump has often put himself at odds with scientists on topics ranging from climate change to COVID-19. He recently rebuked the nation's top infectious disease expert, Dr. Anthony Fauci, after Fauci cautioned against reopening the nation's schools too soon.

Baron, a graduate of Lehigh University in Pennsylvania, called for a renewed commitment to facts and evidence. He said it's acutely important now, “when people’s health can be jeopardized by false claims, wishful thinking and invented realities.”

Baron gave his address from his home, while graduates and their families watched online. Harvard is among dozens of universities across the U.S. that canceled campus graduation ceremonies and moved them online amid the pandemic.

A former editor of The Boston Globe, Baron drew on his time in Boston and recounted the newspaper's work in uncovering years of sex abuse by priests in the city's archdiocese. The story was later depicted in the 2015 film “Spotlight."

He also drew on Harvard's motto, Veritas — the Latin word for truth — telling students they have a duty to continue their pursuit of truth.

“Facts and truth are matters of life and death,” he said. “Misinformation, disinformation, delusions and deceit can kill. Here is what can move us forward: Science and medicine. Study and knowledge. Expertise and reason. In other words, fact and truth.”