Werner settling in at Chelsea ahead of visit of Liverpool 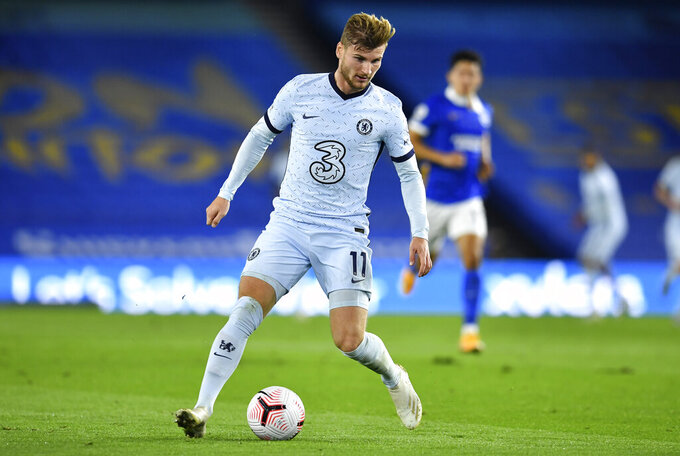 If the world had not been gripped by a pandemic, Timo Werner might easily have been walking out in a red jersey when Chelsea meets Liverpool in the first blockbuster match in the Premier League on Sunday.

Liverpool, after all, was widely reported to be keen on the striker. And Werner himself spoke publicly about his playing style being a “good fit” for the club, as well as his admiration for the team’s manager, Jurgen Klopp.

“The best coach in the world,” Werner, at the time a player with Leipzig, said of his fellow German in February.

Then the coronavirus outbreak happened, and soccer finances were turned on their head. Even Liverpool, the soon-to-be English champion and Champions League winner last year, was affected by the drastic fall in operating losses, making a move for Werner seem something of an unnecessary luxury.

A few months later, Werner ended up in southwest London, among a raft of high-profile players brought in by Frank Lampard in Chelsea’s biggest ever offseason spend. And, by a quirk of the fixture schedule, it just so happens that his first game at Stamford Bridge is against Liverpool.

“When I decided to leave Leipzig, I talked to different clubs and … in the end, I decided for Chelsea,” Werner said in a video call on Wednesday. “Liverpool had a great team, and maybe I could fit well, (but) in the end I decided Chelsea.

“I think it was a hard decision in the end, but I am happy I made that decision. Now I am here, it feels right and good.”

It will be Werner’s second competitive match for Chelsea — his first was the 3-1 win at Brighton on Monday, when he failed to score but did earn a penalty — and he is still adjusting to life in England, on and off the field.

“The football here is more power and more strength from the defenders,” Werner said. Recalling the Brighton game, he said he was amazed at the size of the players marking him.

“So tall,” he said, “such big, massive defenders.”

Away from football, he is getting used to English life. He says the bills he receives in the post are hard to read. He is still adjusting to driving on the left-hand side of the road, too.

“When you walk, you have to start looking right, not left. So that’s dangerous!” he said with a smile.

But there are certainly no regrets about the move to what he described as the “world’s best league.”

“It is (because of) how many good players, teams, stadiums, facilities. All that give the Premier League a little touch extra that you don’t have in the other leagues,” he said, explaining why he rates English soccer higher than his native German league and anywhere else.

“When you play against Brighton and Liverpool, it is shown all over the world and maybe in the Bundesliga you don’t have that as much. All this makes the Premier League special.”

Liverpool opened its title defense with a wild 4-3 win over Leeds on Saturday, featuring the kind of abject defending by the champions that Werner will no doubt hope is repeated this weekend. The last match between the teams was a 5-3 win for Liverpool in the next-to-last round in the Premier League last season.

For Lampard, attack is often the best form of defense — one of the many reasons why Werner has warmed to his new coach, who he never met in person before joining because of the coronavirus.

“But he called me a lot, we had a lot of conversations, he texted me a lot and he sent me some videos where he could show me what style of football he wants to play,” Werner said. “It was really important that he gave me the feeling that the system he wants to play will fit me very well. He’s a very nice and calm guy, who makes it clear what he wants and what his football style is. And he makes it clear that you’re not only a player but also a person.”