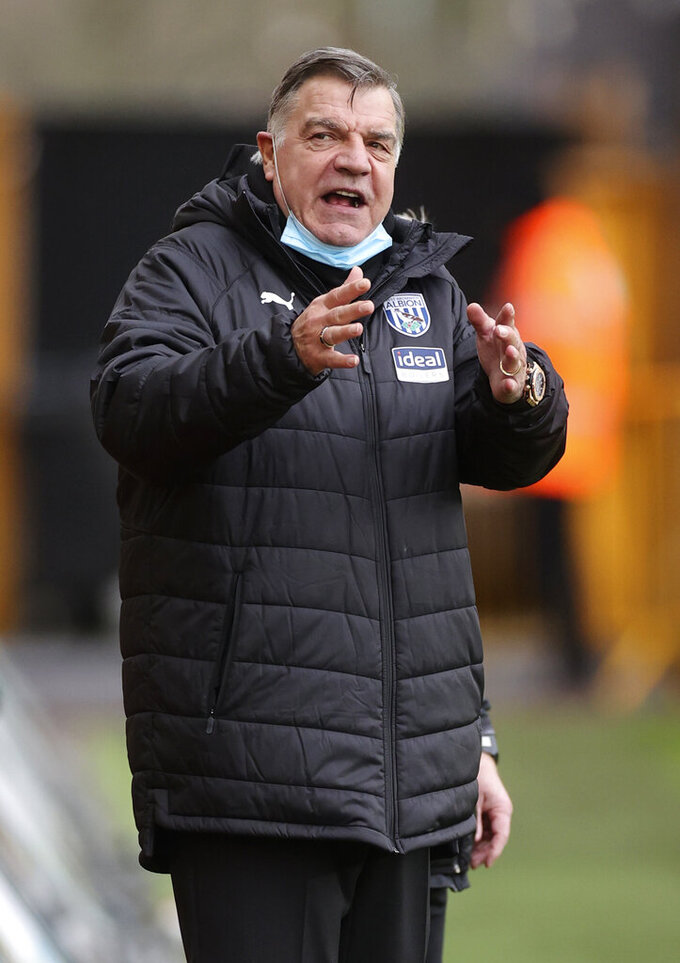 WOLVERHAMPTON, England (AP) — West Bromwich Albion collected only its second win in the Premier League — and first under new manager Sam Allardyce — as two penalties by Matheus Pereira helped to earn a 3-2 victory over Wolverhampton on Saturday.

Allardyce was unable to call upon two key players — goalkeeper Sam Johnstone and winger Matt Phillips — after they contracted the coronavirus, but West Brom still managed to boost its survival hopes with its first win since beating Sheffield United on Nov. 28.

Pereira slotted home his first penalty in the fourth minute after Callum Robinson was tripped at the edge of the penalty area, but Wolves fought back to lead at halftime thanks to goals by Fabio Silva in the 38th and Willy Boly in the 43rd.

Center half Semi Ajayi scored for the third time since Allardyce arrived a month ago after a header following a long throw-in in the 52nd minute, and Pereira regained the lead for West Brom four minutes later from a penalty again won by Robinson.

West Brom remained in next-to-last place, but moved in sight of safety.