What we know and what we don't about Trump's COVID illness 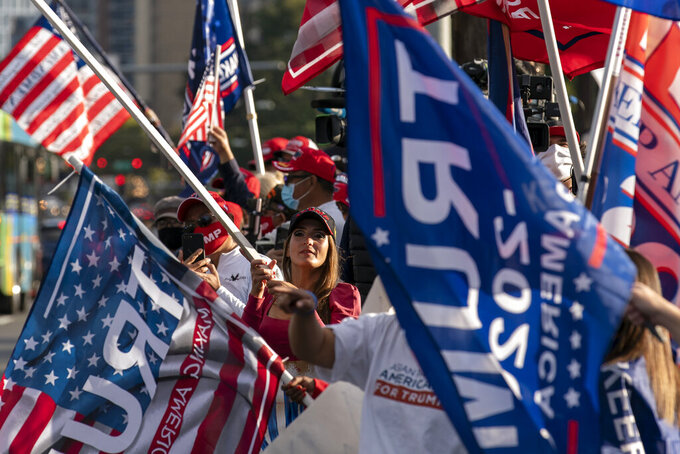 President Donald Trump supporters cheer outside of Walter Reed National Military Medical Center in Bethesda, Md., before Trump lifted off on Marine One Monday, Oct. 5, 2020. Stepping gingerly, Trump walked out the military hospital Monday night where he has been receiving an unprecedented level of care for COVID-19, immediately igniting a new controversy by declaring that despite his illness the nation should fear the virus that has killed more than 210,000 Americans. (AP Photo/Jose Luis Magana) 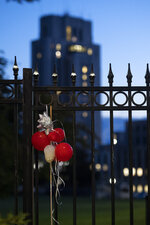 President Donald Trump's release from Walter Reed National Military Medical Center and return to the White House make one thing blindingly clear: He is eager to get his battle with COVID-19 behind him, as a reelection campaign clouded by the pandemic draws to a close.

Little else about the president's illness was certain, though. Trump’s doctors and aides were withholding key information on just how sick the president was, what risks lie ahead for Trump under progression of the illness and under treatment by a novel combination of powerful medications, and whether the White House’s aides, security guards, cooks, cleaners and servers from infection by the still-contagious president.

What we know, and what we don’t know:

Trump made clear he is eager to put his three-night stay at Walter Reed behind him, and to play down a pandemic that has killed more than 209,000 Americans. “Feeling really good!” he tweeted. “Don’t be afraid of Covid.”

Disclosures over the weekend that the president’s blood oxygen levels had dropped below normal levels at least twice, and that he was receiving steroid treatment typically used in more serious cases, suggested the president was enduring more than a mild case of COVID-19.

Doctors say that Trump will continue to receive his treatments from the White House. Trump on Friday began a five-day course of remdesivir, a Gilead Sciences drug currently used for moderately and severely ill patients. He received a single dose Friday of an experimental drug from Regeneron Pharmaceuticals Inc. that supplies antibodies to help the immune system fight the virus.

Trump’s also received treatment with the steroid dexamethasone. It has only been proven to help in more serious cases. Among concerns with its use — steroids can tamp down the body’s own ability to fight off infection.

Trump's doctor, Navy Cmdr. Sean Conley, said Monday that Trump “may not entirely be out of the woods yet” but he and the team “agree that all our evaluations and, most importantly, his clinical status support the president’s safe return home, where he’ll be surrounded by world-class medical care.”

Conley said the president could resume his normal schedule once “there is no evidence of live virus still present.”

The Centers for Disease Control and Prevention says those with mild to moderate symptoms — and it's not clear if the president's case falls within that range — should isolate for at least 10 days.

Back at the White House, the ranks grew Monday of infected people in the president’s circle. Press secretary Kayleigh McEnany announced she had tested positive for the virus Monday and was entering quarantine.

The White House says it is doing contact tracing for people who have been at White House events and with Trump and that “appropriate notifications and recommendations are being made.”

Stephanie Grisham, the spokeswoman for first lady Melania Trump, said “all precautions are being taken” to safeguard those serving the ailing Trumps in the White House’s residential quarters, in consultation with the White House’s medical unit.

WHAT WE DON’T KNOW

Conley in daily news briefings at Walter Reed has detailed vital signs like temperature and blood pressure when they are normal, but repeatedly refused to give information that would indicate how serious the president’s respiratory troubles may have been, in particular.

Trump’s doctors said Monday the president had refused to waive patient-doctor confidentiality to allow them to discuss the results of his lung scans. COVID-19 can cause significant damage to lungs. Scans reveal signs of pneumonia and other problems.

With treatment still evolving in the pandemic, Trump’s doctors concede they themselves don’t know everything about the interplay of the medications he is taking. “We’re in a bit of uncharted territory,” Conley said.

Conley also refused to detail when Trump last tested negative for COVID-19. That's important for contact tracing of those he might have been in close contact after that time.

The White House also is withholding details on what steps it is taking to stop the spread of the outbreak underway in Trump’s circle. More than a dozen aides, lawmakers and political figures around Trump have confirmed positive tests in recent days.

Officials aren’t saying what measures are being adopted to protect the health of White House staffers — from aides and secretaries to cleaners and valets — around Trump as the infectious president returns home.

And it’s not known if Trump — who long mocked people wearing masks — has committed to abide by any precautions. Trump on Sunday insisted on a drive outside Walter Reed to wave to supporters, heightening risk of infection for those guarding and driving him.