Wisconsin's Johnson says he has virus; at least 3rd senator 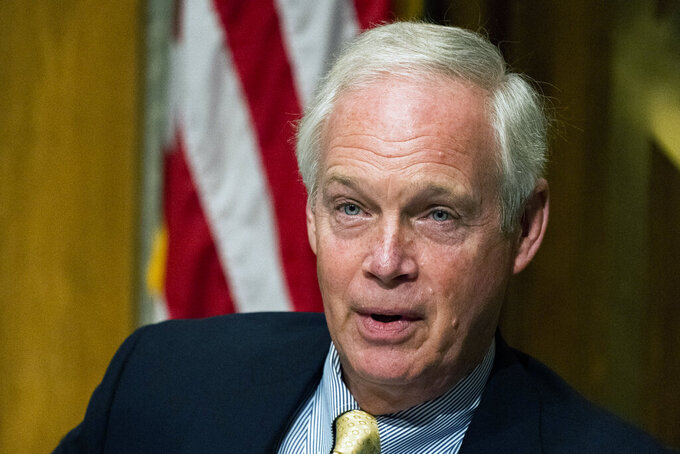 Johnson, a second-term Republican, reported being exposed to someone with COVID-19 last month and quarantined for 14 days without developing symptoms. He said he tested negative twice during that time. He returned to Washington on Tuesday and said he was exposed soon after that to someone else who tested positive. Johnson said he was tested Friday after learning of the exposure and tested positive.

Johnson told The Associated Press by phone on Saturday that he returned from Washington on Thursday and was quarantining at home in Oshkosh. He said he felt fine, with no symptoms. He said he decided to get a test after finding out about Lee caught the disease and was shocked it came back positive.

Asked whether his exposure may have come from other senators, Johnson said, “Possibly. ... Nobody knows. I was around all my colleagues.”

Johnson said he learned of his positive result while driving home after speaking Friday evening at a Republican dinner in suburban Milwaukee. He said he wore a mask at the event except for when he delivered his speech. He also said he didn't shake hands or pose for photographs and left immediately afterward.

“I let people know why,” he said. “I'm not taking photographs, I'm not socializing, I'm not a prima donna, I need to stay healthy so I can provide a vote to confirm Amy Barrett."