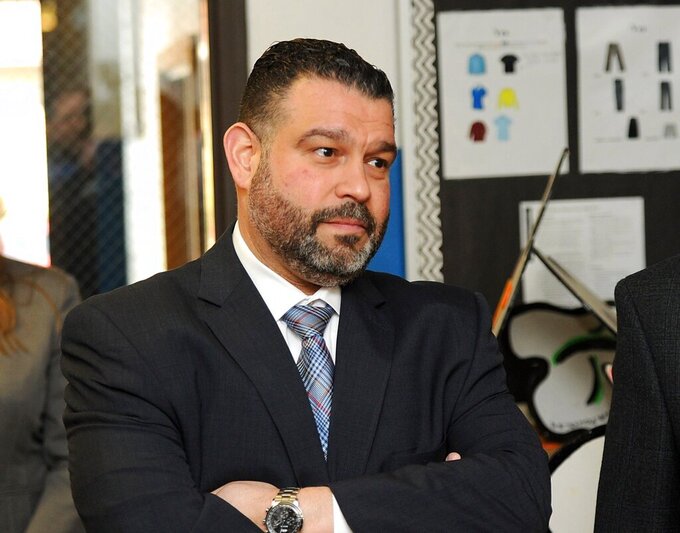 FILE - In this March 23, 2017 file photo, Pedro Rivera, secretary for the Pennsylvania Department of Education, tours Pfeiffer-Burleigh Elementary School in Erie, Pa. Rivera announced Tuesday, Aug. 4, 2020, he will be leaving the job to take another position, as schools throughout the state are scrambling to develop and implement pandemic reopening plans. (Christopher Millette/Erie Times-News via AP, File) 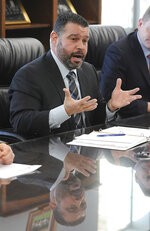 HARRISBURG, Pa. (AP) — Pennsylvania's education secretary announced Tuesday he will be leaving the job to take another position, as schools throughout the state are scrambling to develop and implement pandemic reopening plans.

Secretary Pedro Rivera, a member of Democratic Gov. Tom Wolf's cabinet for more than five years, was hired as president of Thaddeus Stevens College of Technology in Lancaster. He will remain education secretary until October.

Wolf said he will nominate Noe Ortega, one of Rivera's top lieutenants, to be the state's next education secretary.

“His expertise will continue to advance the department’s mission of ensuring Pennsylvania’s learners have access to the educational opportunities that will help them succeed," Wolf said.

When Rivera was nominated by Wolf shortly before the governor's 2015 inauguration, Wolf praised him for improving student performance and college readiness while serving as superintendent of the Lancaster School District.

A native of north Philadelphia, Rivera spent more than a decade as a teacher and principal in that city's school district.

Stevens Tech, named for the Civil War-era congressman and abolitionist who led the Radical Republicans, enrolls about 1,300 students, with a variety of two-year programs in technology, advanced manufacturing, construction trades and other fields. It has been led by an interim president since its longtime leader, William Griscom, retired earlier this year.

The Stevens Tech board chair, Maryann Marotta, called Rivera “a demonstrable leader with nationally recognized experience to lead the college through these very challenging times for higher education.” His selection was a unanimous vote.

Wolf praised Rivera for leading efforts to adopt the current education funding formula as well as the Future Ready PA Index, which provides a way to compare schools' performance.

“His leadership has been critical during the commonwealth’s response to COVID-19 and the relationships he cultivated with education stakeholders during his tenure have strengthened the ties between state and local partners and allowed local schools to inform state education policy,” Wolf said.

Ortega was hired in October 2017 as Pennsylvania's deputy secretary for post-secondary and higher education. He had previously been an administrator at the University of Michigan, where he worked in the National Center for Institutional Diversity and was managing director of the National Forum on Higher Education. Ortega had also worked at colleges and universities in Texas.