Casas, Frazier lead US over collegians in last Olympic prep 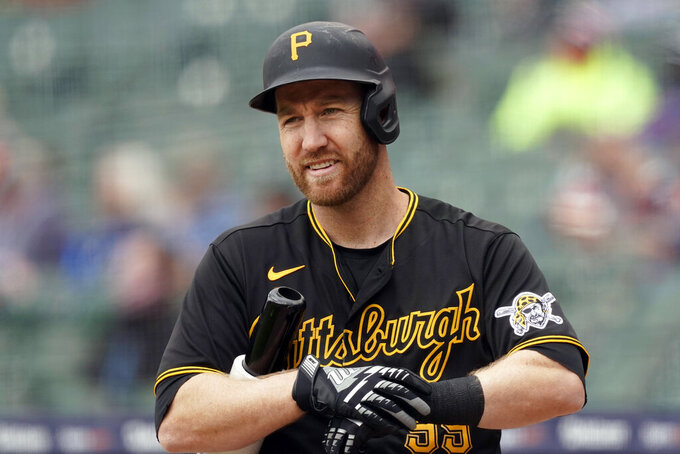 FILE - In this Thursday, April 22, 2021, file photo, Pittsburgh Pirates' Todd Frazier plays during a baseball game against the Detroit Tigers in Detroit, At 35 and close to the end of his baseball career, Frazier is on the U.S. Olympic team for the Tokyo Games. (AP Photo/Carlos Osorio, File)

Brooks Lee of Cal Poly SLO homered on the second pitch of the game from Toronto minor leaguer Simeon Woods-Richardson, who allowed two runs and four hits in three innings while striking out seven. Woods-Richardson gave up a tying single to Virginia Tech's Gavin Cross in the third.

Cleveland minor leaguer Anthony Gose pitched a one-hit eighth, and former Yankees and White Sox closer David Robertson struck out the side in the ninth for the save.

Frazier, released by Pittsburgh in May, hit a two-out single in the fourth off Virginia's Nate Savino to drive in Nick Allen, who had doubled.

Casas hit a run-scoring single in the seventh and scored on a single by Milwaukee minor leaguer Jamie Westbrook.

Managed by Mike Scioscia, the Americans play their Olympic opener against Israel on July 30 in Yokohama, Japan.