Cognizant sets standard with marketing money in PGA and LPGA 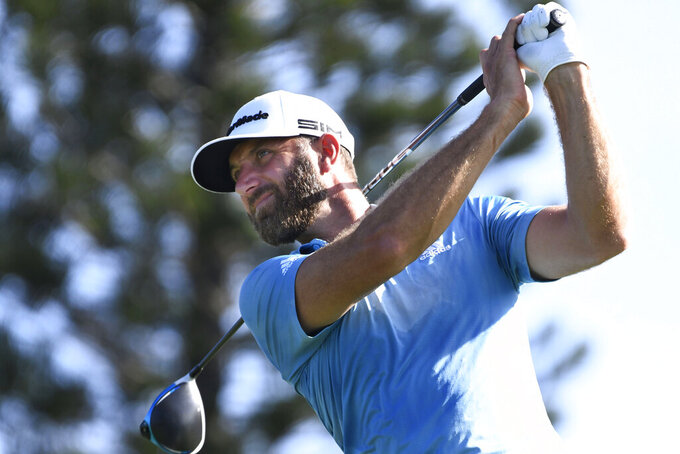 PEBBLE BEACH, Calif. (AP) — Cognizant set a new standard for golf sponsorship on Tuesday when the New Jersey-based professional services company announced a marketing partnership with men’s and women’s golf, an impact that will be felt strongly on the LPGA Tour.

For starters, Cognizant becoming title sponsor of the Founders Cup will double the purse at the LPGA Tour event to $3 million.

The company also announced it would become a global partner for the Presidents Cup through 2026, joining Citi and Rolex.

The Founders Cup was created to honor the 13 women who founded the LPGA Tour, and it had been held in Arizona since its inception. The LPGA Tour moved it this year to Mountain Ridge in New Jersey, a Donald Ross restoration in which one-third of the rounds played are by women. It will move from the early part of the year to Oct. 7-10.

“I have to admit that this event is personal, as making sure we never forget the grit, commitment and passion of our founders has always been critically important to me,” LPGA Commissioner Mike Whan said. “I’m so honored and proud to see Cognizant embrace this event and all that it means to young women worldwide.”

“The PGA Tour and LPGA Tour are such natural partners for Cognizant,” said Brian Humphries, the CEO of Cognizant. “They remain two of the most relevant and respected properties around the globe, particularly in many of our key markets, and we’ll now have the golf platform to engage with current and prospective clients in new authentic and engaging setting.”

The devices are allowed under the Rules of Golf, though the PGA Tour and LPGA Tour have allowed them only in practice rounds. They are seen as a way to speed play so caddies and players don’t have to step off yardages.

The rules do not allow for devices that measure elevation changes or anything that interprets distance and targets.

“We’re always interested in methods that may help improve the flow of play during our championships,” PGA President Jim Richerson said. “The use of distance-measuring devices is already common within the game and is now a part of the Rules of Golf. Players and caddies have long used them during practice rounds to gather relevant yardages.”

The PGA Championship is May 20-23 at Kiawah Island in South Carolina. The Senior PGA is a week later at Southern Hills in Tulsa, Oklahoma, followed by the Women’s PGA in June at Atlanta Athletic Club.

The Augusta National Women’s Amateur returns with an even stronger field for its second edition, this one delayed a year by the COVID-19 pandemic.

The field of 85 players features Rose Zhang, the U.S. Women’s Amateur champion and No. 1 female amateur in the world ranking. She is among nine players from the top 10 who will be at the Augusta National Women’s Amateur, which starts March 31 at Champions Retreat for the opening two rounds. After the 36-hole cut to 30 players, and a practice round Friday, the final round will be April 3 on Augusta National.

The final round will be televised by NBC Sports.

Jennifer Kupcho won the inaugural event in 2019 after a back-nine charge to beat close friend Maria Fassi. The tournament was canceled last April, when it was announced the Masters would be postponed to November.

The the only player from the top 10 missing from the Augusta National Women’s Amateur is Gabriela Ruffels, who won the U.S. Women’s Amateur in 2019 and was runner-up to Zhang last year. Of the top 25 in the women’s amateur ranking, only Ruffels and Ye Won Lee (No. 23) are not playing.

Ruffels was among six amateur who played in the ANA Inspiration, the LPGA major postponed to September. She tied for 15th. Zhang was low amateur and tied for 11th.

Justin Rose tied for second in the Saudi International, his best finish in just over the year. He earned 27 world ranking points, his most since he tied for third in the 2019 U.S. Open at Pebble Beach. So a good result was a long time coming.

“That was the best golf I’ve played in quite some time,” he said after closing with a 65.

He still has plenty of work to do. Rose was No. 3 in the world when he tied for third in the 2019 U.S. Open. He was at No. 38 going into Saudi Arabia and moved up to No. 33. But with the possibility of the Olympics looming this summer, he currently is not in position to defend his gold medal.

Henrik Stenson was No. 4 in the world when he won his silver medal in Rio de Janeiro. He now is No. 80, though still the highest-ranked player from Sweden.

The PGA of America is back with Rolex, ending a decade of the so-called watch wars.

The partnership this week returns Rolex to the PGA of America’s three majors, starting with the PGA Championship, and the Ryder Cup when it’s in America.

The PGA in 2011 left Rolex for Omega. The two Swiss-based watchmakers have a rivalry fiercer than anything the U.S. and Europe produce in a Ryder Cup. That meant Rolex could not have a presence in the Ryder Cup in the U.S., and Omega could not be at the Ryder Cup in Europe (which has a longtime deal with Rolex).

As part of the deal, Rolex will be the “presenting partner” of the PGA’s three player-of-the-year awards, along with the PGA Professional Championship.

Justin Rose and his wife, Kate, announced a $1 million donation to the “Blessing in a Backpack” Orlando chapter to help feed elementary school students who might otherwise go hungry on the weekend. ... Andrew Putnam became the second player this season to play a PGA Tour event without a bogey. Putnam tied for seventh in the Waste Management Phoenix Open. Mark Anderson played bogey-free in the Safeway Open to start the season last September. He tied for 36th. ... Dustin Johnson has 21 victories worldwide the last 10 years, second only to Rory McIlroy (24) during that stretch. ... Saudi Arabia is extending its support of women’s golf by creating the Aramco Team Series this year on the Ladies European Tour, a a series of four team events in New York, London, Singapore and Saudi Arabia. Each event will have a $1 million purse. Four-player teams will have a captain that drafts one professional, gets another randomly and the fourth will be an amateur. Prize money is split among the three pros.

Mexico never had a player in the top 50 in the Official World Golf Ranking going into 2019. Now there are two with Abraham Ancer (No. 27) and Carlos Ortiz (No. 45).

“I approach every tournament the same. I don’t try to get my game just ready for the majors. I want to be ready each and every week I play.” — Dustin Johnson.