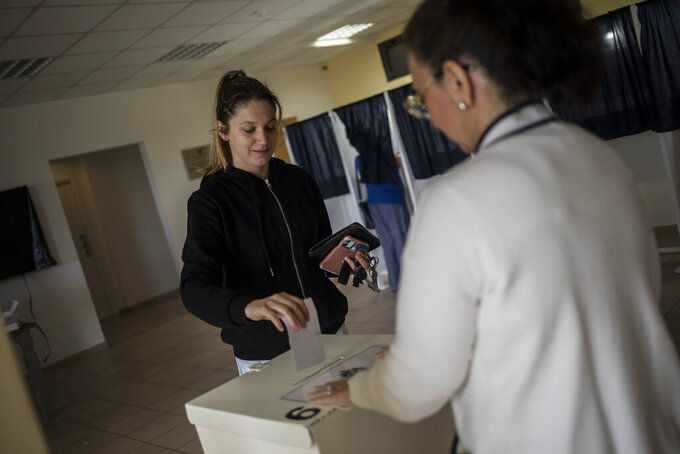 MADRID (AP) — Voters in Gibraltar have endorsed legislative changes that will ease the British territory’s current ban on abortion.

Supporters of the changes cheered and clapped when an official read out the referendum result at Gibraltar university after midnight Thursday.

Gibraltar Chief Minister Fabian Picardo, who heads the government, said the legislation will come into force within 28 days.

Abortion is currently illegal in Gibraltar unless it is needed to save the mother’s life, and is punishable by up to life in prison. It is one of Europe’s most restrictive laws on pregnancy termination.

The referendum, postponed from last year due to the COVID-19 pandemic, was held to ask voters whether they agreed with a 2019 decision by parliament to allow exemptions on health grounds to the abortion law.

The legislation, now approved, will allow pregnancies to be terminated up to the 12th week if doctors deem the pregnant woman’s physical or mental health to be at risk or if there is risk of fatal fetal abnormality.

Most political parties backed the ‘yes’ vote. The leaders of the two parties in Gibraltar’s governing coalition, the Socialist Labour Party and the Liberal Party, joined with the Together Gibraltar party in urging voters to back the change. The leader of the main opposition Social Democrats fought the proposed alterations.

Some 80% of Gibraltarians are Catholic, and the Bishop of Gibraltar spoke out against the proposed changes. The Gibraltar Pro-Life Movement argued that the legal change amounts to introducing abortion on demand, because the mental health proviso can be misused.

Campaigners for the “Gibraltar for Yes” group said women should have the right to decide about terminating their pregnancy in Gibraltar’s public health care system.