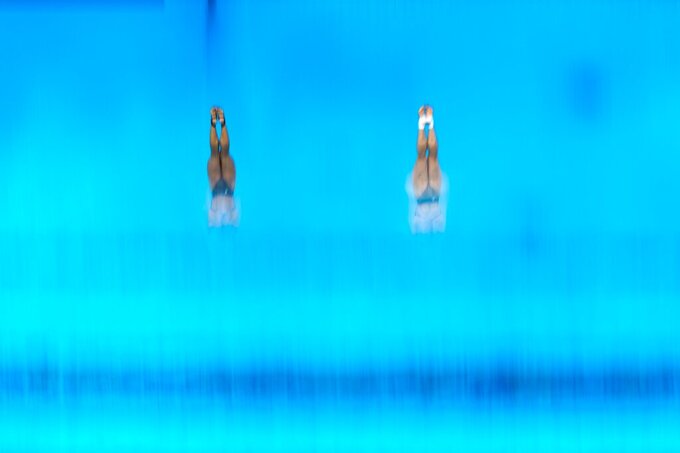 TOKYO (AP) — The goal of Olympics imagery is to be immersive — to surround a picture's viewer with the sense of being there. And perhaps more than most sports, diving is actually ABOUT immersion — that immersion that inevitably happens at the moment when diver and water meet.

In this photo, taken Tuesday by Associated Press photojournalist Morry Gash, Malaysian divers Mun Yen Leong and Pandelela Pamg compete during the women's synchronized 10-meter platform final at the Tokyo Olympics. The effect shows them appearing to slowly merge with the water as they make their descent.

It was taken with a slow shutter speed from a robotic setup above the divers. As Gash notes, the tricky part is getting the speed of the robotic to move at the same speed as the divers. The result: a dreamlike frame of perfectly calibrated humans surrounded by blue water, doing what they do best.