Japan shoots way into quarters with 102-83 rout of Nigeria 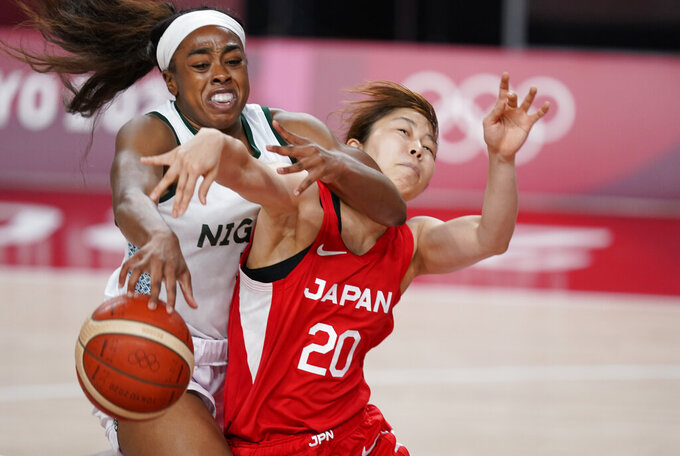 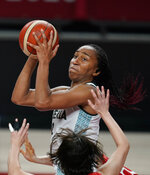 SAITAMA, Japan (AP) — Saki Hayashi scored 23 points and Japan shot its way into the quarterfinals with a 102-83 rout of Nigeria on Monday in the final pool play game for both teams.

Yuki Miyazwa added 19 points for the host nation, which made 19 3-pointers in the game.

Japan (2-1) got off to a fast start from the field, making seven of its first nine 3-point attempts to go up 30-22 after the first quarter. Nigeria cut its deficit to 38-36 before Japan scored 13 straight points to take control. Hayashi had consecutive 3-pointers sandwiched around a steal of the inbounds pass in between them. She had 20 points in the half, hitting six 3-pointers.

Japan led 51-38 at halftime after hitting 12 of its 19 3-point attempts in the opening 20 minutes. The Japanese team didn't cool off much in the second half as Nigeria never was able to get back in the game.

Nigeria (0-3) became the latest African country to not win a game in the Olympics. Nigeria was the last team from the continent to be victorious in the Olympics when that team went 1-5 in the 2004 Athens Games.