John Wroblewski takes over as US women's hockey head coach 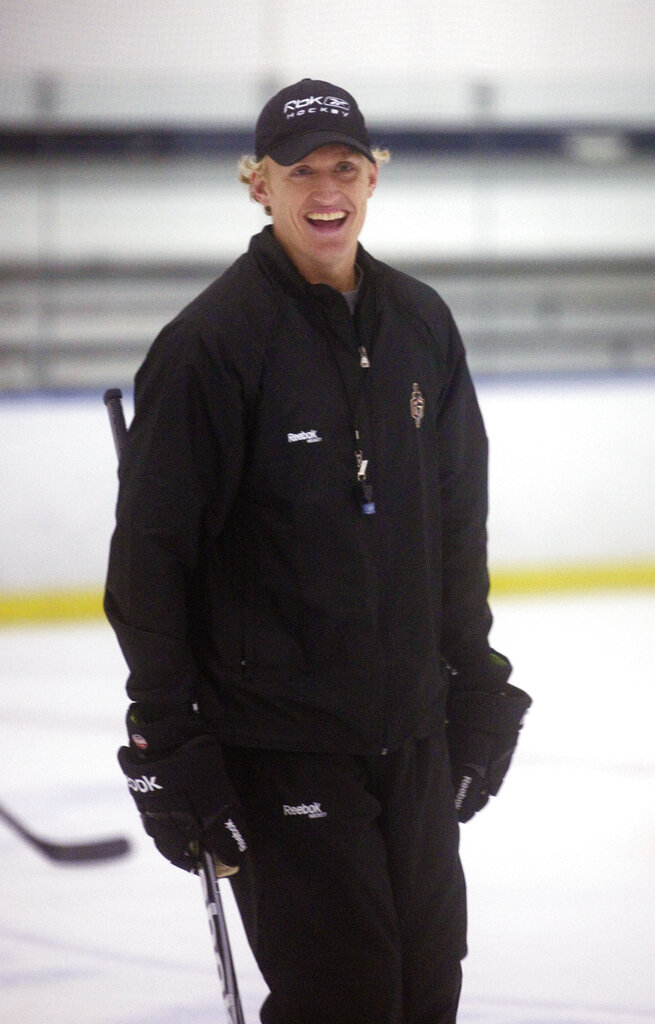 FILE - Head coach for the ECHL's Gwinnett Gladiators, John Wroblewski, right, conducts practice for the team in what used to be the practice facility for the Atlanta Thrashers Wednesday, Oct. 5, 2011 in Duluth, Ga. John Wroblewski was named the head coach of the U.S. national women’s hockey team on Tuesday, May 31, 2022 after recent success guiding the men’s development program.(AP Photo/David Goldman, File)

Wroblewski’s hiring is currently limited to coaching the American women at the world championships in Denmark in August. He replaces Joel Johnson, who is stepping down after one year as part of his commitment to coach the University of St. Thomas women’s program.

Wroblewski takes over an aging U.S. team that's in transition after settling for silver medals following losses to Canada at both the Beijing Winter Games in February and the world championships in August. The Americans struggled in matching the Canadians’ speed and up-tempo style of play in having lost four straight in international play over the past year.

From Neenah, Wisconsin, the 41-year-old Wroblewski is best known for his four years at the National Team Development Program.

From 2016-2020, he oversaw teams which produced 29 NHL draft picks, including 11 first-round picks led by Jack Hughes, who was selected No. 1 in by New Jersey in 2019. Under Wroblewski, the NTDP enjoyed a 33-game winning streak in international play and made its first USHL conference final appearance in 2018.