The Latest: Atlanta to allow full capacity at 2 stadiums 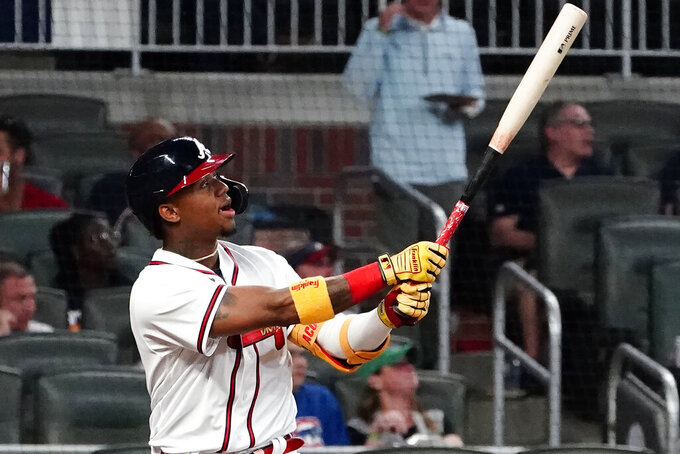 The Braves said they will return to normal capacity at 41,084-seat Truist Park beginning May 7, when they face the Philadelphia Phillies to begin their third homestand of the season.

The team allowed 33% capacity for their first homestand and ramped up to 50% for their current homestand.

The Braves will join the Texas Rangers as the only MLB teams at 100% capacity. The Rangers started the season at 100%.

In a release issued at the same time as the Braves’ announcement, officials said Mercedes-Benz Stadium will return to 100% capacity beginning May 15 when Atlanta United hosts a Major League Soccer match against CF Montreal. Mercedes-Benz Stadium is a retractable-roof venue that can hold more than 70,000 fans.

United allowed up to 50% capacity at its first two home games.

Also, the NFL’s Atlanta Falcons intend to be at 100% capacity for games in the fall, following a statement from Commissioner Roger Goodell that he expects to have full venues for the upcoming season.

Face coverings will continue to be required at both stadiums.