The Latest: Red Wings' Yzerman to spend draft in isolation 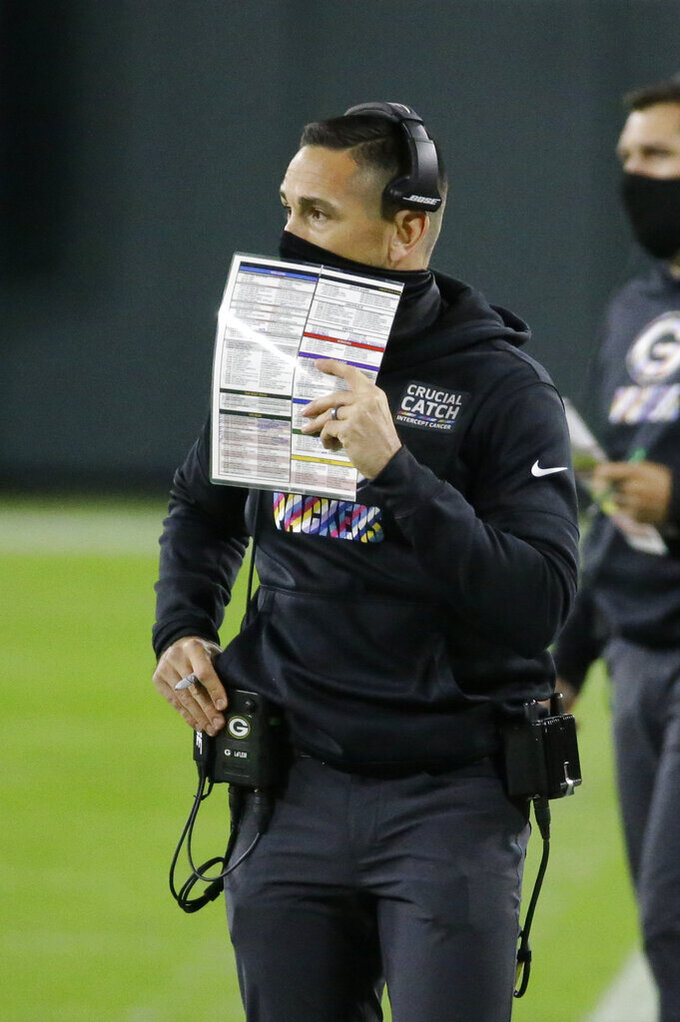 Detroit Red Wings general manager Steve Yzerman will spend the NHL’s two-day draft in self-isolation after recently being exposed to someone who tested positive for COVID-19.

Yzerman is experiencing no symptoms, and multiple test results have been negative, the team announced Tuesday, a little over an hour before the first round of the draft was set to begin. Yzerman will oversee Detroit’s draft process by remotely staying in contact with his staff.

The Red Wings have 10 selections through the seven-round draft, starting with No. 4 overall.

Miller Park, the home of the Milwaukee Brewers, has been selected as a COVID-19 testing site.

The move comes as the Wisconsin National Guard plans to close its testing facilities on Oct. 17.

The Miller Park site will have the ability to test up to 2,000 people per day, the same amount as the combined capacity of the two National Guard testing facilities.

Tony Finau has tested positive for the coronavirus ahead of the Shriners Hospitals for Children Open, meaning the No. 16 player in the world has withdrawn from first of two PGA Tour stops in Las Vegas.

The self-quarantine also would keep him out of the CJ Cup at Shadow Creek next week in Las Vegas.

Finau said he was feeling well and was otherwise in good spirits.

He is the 10th player to test positive since the PGA Tour resumed its schedule June 8. Since then, it has held 18 tournaments in 14 states and the Dominican Republic, including the U.S. Open in New York.

Finau’s positive test result was the first since Scottie Scheffler and Sam Horsfield ahead of the U.S. Open last month.

The Green Bay Packers say any plans to have fans for home games this season are on “indefinite hold” due to the high COVID-19 rates in the area.

Packers officials say fans won’t be admitted until there’s a “marked improvement in the rate of hospitalizations, as well as the community infection rate and positivity rate.”

The Packers have played two of their eight scheduled home games already. They don’t have another home game until Nov. 1 against the Minnesota Vikings.

“We are trending in the wrong direction in terms of hospitalization and positive cases, and based on recommendations from community health care and public health officials, hosting fans at the stadium for games is not advisable at this time," Packers CEO Mark Murphy said in a statement.

During his Zoom session after the Packers’ 30-16 victory over the Atlanta Falcons on Monday night, Packers coach Matt LaFleur asked people to wear masks and practice social distancing.

“It’s going to take all of us, and I mean that,” LaFleur said. “We’ve just got to keep our players safe and keep everybody safe because that’s important."

The Memphis Tigers will be allowed to more than double their home crowd to nearly 12,000 fans in the stands at Liberty Bowl Memorial Stadium starting with their Oct. 17 game against UCF.

The university announced the move Tuesday after the Shelby County Health Department loosened restrictions requiring 12 feet between fans to 6 feet.

Athletic director Laird Veatch says he can’t wait to have more fans on hand for an important game, an increase possible because fans followed safety protocols during the Tigers’ last home game.

Memphis fell out of the AP Top 25 after a loss at SMU last weekend in the Tigers’ first game since their opener Sept. 5. The Tigers had to postpone a game with Houston until December and cancel a game with UT-San Antonio due to positive coronavirus tests and contact tracing. Memphis recently laid off 19 people inside the athletic department, with furloughs planned through the end of the current fiscal year.

The Cincinnati Bengals will be allowed to double their home crowd to 12,000 for the remaining six games at Paul Brown Stadium.

The state of Ohio on Tuesday cleared the team to increase the limit after most fans in last Sunday’s crowd of more than 6,000 demonstrated “safe and healthy” behavior. Social distancing and face coverings will still be required.

The Bengals host the Cleveland Browns on Oct. 25. The first home game at the stadium on Sept. 13 was played without fans.

The Minnesota Vikings will play at least one more home game without fans. No tickets will be sold when they host the Atlanta Falcons on Oct. 18, as was the case for the team’s first two games at U.S. Bank Stadium last month.

The Vikings announced Tuesday they’ll again have a maximum of 250 family members of team personnel on hand for the game to further test game-day protocols in anticipation of fans possibly attending games later in the season.

They’ve been working with state and city officials to arrange for a limited number of fans to be allowed in, but current COVID-19 infection rates in Minnesota and corresponding state guidelines for indoor gatherings will keep the gates closed for now.

The next possibility for hosting fans for the Vikings would be the Detroit game on Nov. 8.

Iowa linebacker Djimon Colbert and defensive lineman Taajhir McCall have decided to opt out of the 2020 football season because of the COVID-19 pandemic.

Colbert started 13 games last season and recorded 61 tackles, an interception and four pass breakups. McCall did not play as a freshman last year.

The Hawkeyes open Oct. 24 at Purdue.

Charlotte Thomas has withdrawn from the KPMG Women’s PGA Championship after her caddie tested positive for the coronavirus.

Thomas dropped out because she was in close contact with the caddie and will begin a 14-day quarantine. The 27-year-old Thomas was among the field set to play beginning Thursday at Aronimink Golf Club just outside Philadelphia in Newtown Square, Pennsylvania.

A rookie in 2019, Thomas tied for 54th in the ShopRite LPGA Classic last weekend and tied for 35th in the Cambia Portland Classic last month. She did not make the cut in the Ana Inspiration, the last major for women.

Isi Gabsa is now in the field at the Women’s PGA Championship. Paula Reto is the first alternate.

Serie A president Paolo Dal Pino has tested positive for the coronavirus.

The league says the test on Dal Pino was taken Monday. It adds that the president is symptomatic and in isolation at his home.

Serie A’s handling of the virus has been under the spotlight after Napoli refused to travel to a game at Juventus on Sunday following positive tests for two of its players. The league judge could inflict Napoli with a 3-0 loss.