Loss to Nigeria may become learning tool for USA Basketball 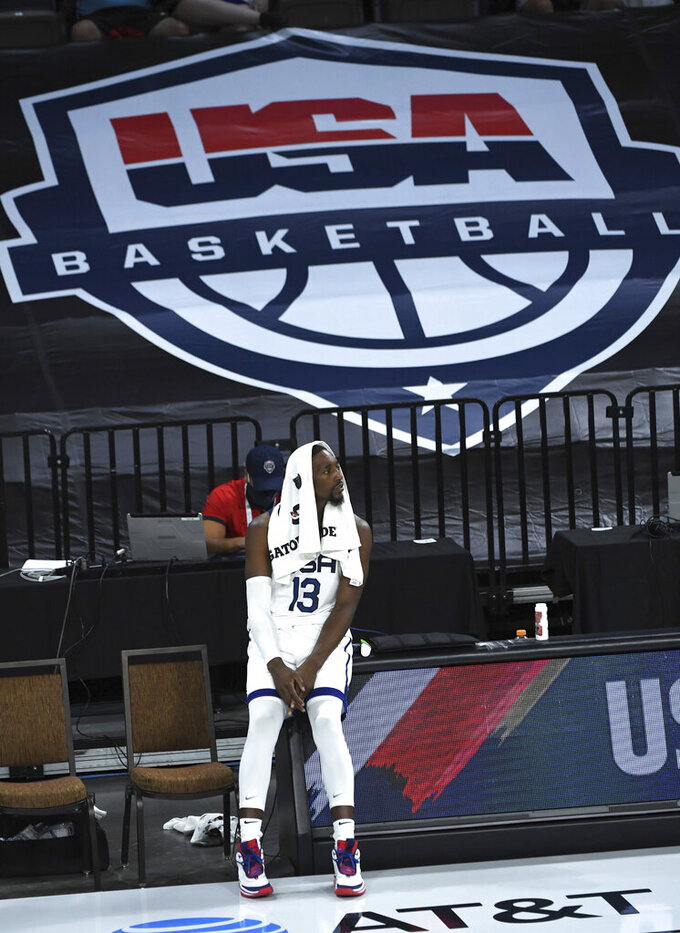 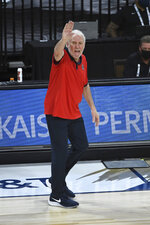 LAS VEGAS (AP) — Gregg Popovich has been repeating a similar refrain ever since he got the job to coach the U.S. men’s national basketball team. The world, he insists, is catching up.

That was the way the U.S. team that departs next week for the Tokyo Olympics began its slate of tuneup games, a stunning loss on Saturday night — the end of a 25-game home winning streak for U.S. teams with NBA players, and the first time such an American team lost to any national team from Africa.

“In a way, I’m kind of glad it happened,” Popovich said. “That loss means nothing if we don’t learn from it. But it could be the most important thing in this tournament for us, to learn lessons from this.”

On the one hand, it doesn’t count. The Americans will still be the favorites when they get to Tokyo and they have two more weeks before they open Olympic play against France. The team was missing three players who haven’t come to Las Vegas yet because they’re still in the NBA Finals. And it’s not like U.S. teams, even loaded with NBA stars, haven’t had trouble before — for example, the original Dream Team, 11 future Hall of Famers put together for the 1992 Barcelona Games, famously lost to a group of college players in their first scrimmage.

On the other hand, even though Popovich lauded the Nigerian talent multiple times on Saturday night, there was just no comparison between the resumes of the players who got into that game.

“There was a lot of doubt put on us, a lot of expectations for us to get blown out, for the game to get out of hand early," said Nigeria guard Gabe Nnamdi, who is known by Gabe Vincent when playing for the Miami Heat. “And if anything, that just put a chip on our shoulder, bigger than we already had."

The Nigerians had been practicing for about three weeks. The Americans had been together for four days. Popovich pointed to that discrepancy as part of the reason why an early struggle for the U.S. shouldn’t have been so surprising.

“I think we’ll just use this to bring us together,” U.S. forward Jayson Tatum said. “Tough times bring guys and teams and people together. It’s not going to be easy. And we knew that coming in. This is just something to build off, spend some more time together and talk about things, because it’s all about us.”

The Americans were not practicing Sunday. They have back-to-back exhibitions next, facing Australia on Monday and Argentina on Tuesday. They close out their five-game warmup set in Las Vegas with another game Friday against Australia, then next Sunday against reigning World Cup champion Spain.

They'll be looking to shoot much better than they did against Nigeria, too.

Kevin Durant, seeking a third Olympic gold medal, shot 4 for 13; he’s shot worse than that only three times in his last 244 NBA games. Bradley Beal shot 1 for 7; he’s had only one NBA game out of his last 260 where he shot worse. The U.S. missed four shots in the fourth quarter Saturday that were for the lead; three of them were open looks.

Yet it also lost a game where it held Nigeria to 44% shooting and outscored opponents 25-6 from the foul line. The difference was 3s; Nigeria made 20 to the Americans’ 10. And when it was over, Nigeria coach Mike Brown made clear that his team played far from a perfect game.

If Nigeria — even not at its best — could still beat the Americans, that may be an ominous sign.

Popovich coached the U.S. to a seventh-place finish at the Basketball World Cup two years ago, the worst finish for an NBA-manned American roster in international competition. That result came after nearly three dozen players backed out of commitments; this team got many of the biggest names that it wanted.

Saturday was just an exhibition loss. Meaningless in some ways, full of meaning in others, and all of it underscoring the obvious — that a fourth consecutive Olympic gold medal will not come easily for the Americans.

“It’s a great group of guys, high character and we’ll figure it out,” Popovich said. “But I don’t think anyone should act, nor will we act, like this is the end of the world. It’s about how everybody else deserves a lot of credit, and we will have to play our (butt) off to do this.”