NBA home-court win percentage this season will be worst ever 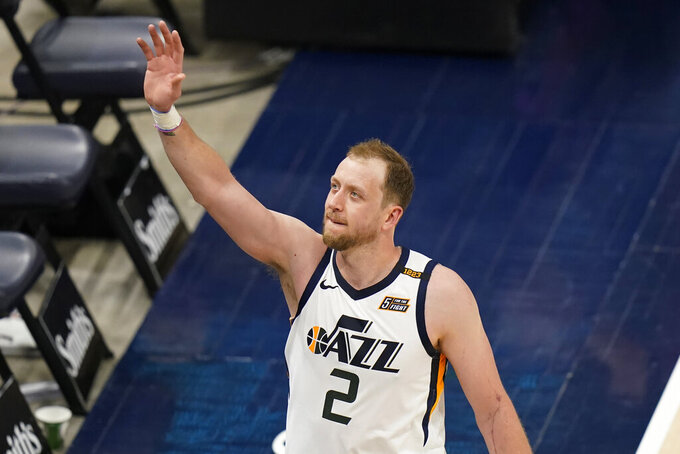 Home-court advantage wasn’t much of an advantage in the NBA this season.

The combined home winning percentage of NBA teams this season will be the worst in league history, something that can at least partly be attributed to fan attendance being severely limited because of the ongoing pandemic and the protocols that the league had to put in place.

With two days remaining in the regular season, NBA teams are now assured of winning no more than 55% of home games.

In all, 11 teams will finish with losing home records. Last season, 11 teams had losing records in their home buildings; technically, 12 teams finished with losing “home” records when factoring bubble games into the mix.

There has never been a season where more than 11 teams finished with losing marks in their home buildings.

Utah was the league’s best regular season home team, going 31-5. The Jazz have said they intend to increase attendance to start the playoffs to about 13,000 — well below capacity of their building, but still it would represent the most allowed in the NBA so far this season.

The previous worst-home-record season was just last year, when home teams prevailed 55.1% of the time.

It should be noted that last season’s home struggles were not because of the bubble. The NBA’s no-fan restart at Walt Disney World in Central Florida didn’t hurt that won-loss record; with fans in the stands leading up to the March 11, 2020 shutdown that lasted 4-1/2 months, teams prevailed in 55.1% of their home games. In the bubble, teams that were designated as “home” clubs for regular season games won at a slightly better clip — 55.7%.

Another factor that played a small role this season in struggles for home teams: One team never really was home.

The Toronto Raptors played this season in Tampa, Florida, going 16-19 so far in those games with one remaining on Sunday. Those games will, however, count as home games for the Raptors.