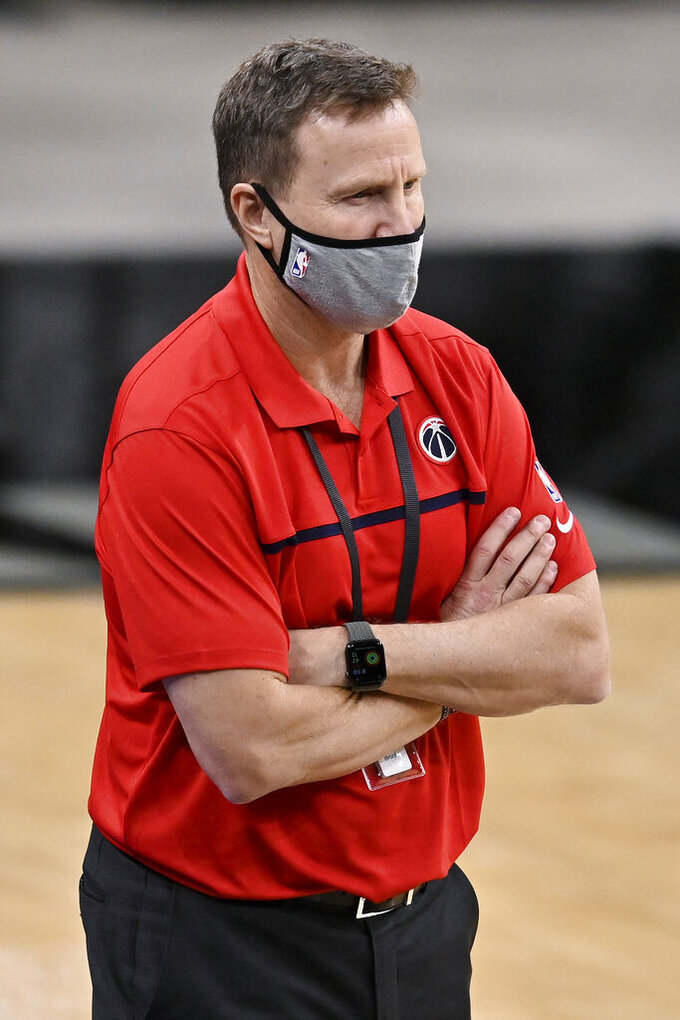 No additional NBA players have tested positive for COVID-19 in the last week, the league said Wednesday, after nearly two dozen games had to be called off in the past month because of virus-related issues.

That continued a good two-week trend: After 27 players were positive in results released between Jan. 6 and Jan. 19, only one player has been positive since.

“Baby steps,” Washington coach Scott Brooks said after the league announced Wednesday’s weekly number of zero. “We want the world to not test positive for a week. That’s what’s we need. We all need it, not just NBA players, coaches, families. The planet needs it.”

The NBA has called off 23 games this season for virus issues, 22 since Jan. 10. But starting with the games on Jan. 26, the league has been able to play 68 of its last 70 games. All 10 of Wednesday's games started as scheduled.

Teams are still dealing with strict rules to keep the numbers as low as possible, testing remains ramped up and the league told clubs earlier this week that it is installing even tougher rules on mask usage — including in bench areas during games. There have been some mild adjustments to tougher rules regarding travel that went into place last month, but most of the additional protocols remain in effect.

“You have to hope and then you have to back it up with diligent action,” Miami coach Erik Spoelstra said. “It’s not as if everybody in this association loves getting these memos and new guidelines that we have to adhere to, but look, we want this profession and this industry to keep going without games being delayed. And so, we have to change our behavior. In some instances it’s requiring everybody to be more diligent and hold everybody accountable.”

Leaguewide, only five players are currently listed as out because of the health and safety protocols that were put in place to deal with virus-related issues such as positive tests and possible exposures. Minnesota is without Karl-Anthony Towns, Memphis is without Jonas Valanciunias and Grayson Allen, Phoenix is without Dario Saric and Philadelphia is without Terrance Ferguson.

A sixth player, Minnesota’s Juancho Hernangomez, has not yet returned to play while completing post-protocol conditioning, but the Timberwolves are no longer listing him as out.

Valanciunas has not played since Jan. 16, but has missed only four Memphis games in that span. The Grizzlies, like Washington, were shut down for nearly two full weeks in January because they did not have enough eligible players to take the floor. Towns has not played since Jan. 13 and missed his 10th consecutive game Wednesday when the Timberwolves visited San Antonio.

“Trust me, it’s hard. It’s hard to stay in your room when you don’t want to stay in your room,” Brooks said. “But hopefully it’s just this season and we can move on next year and it can be normal. But it’s important to have weeks like this, because it gives everybody hope.”