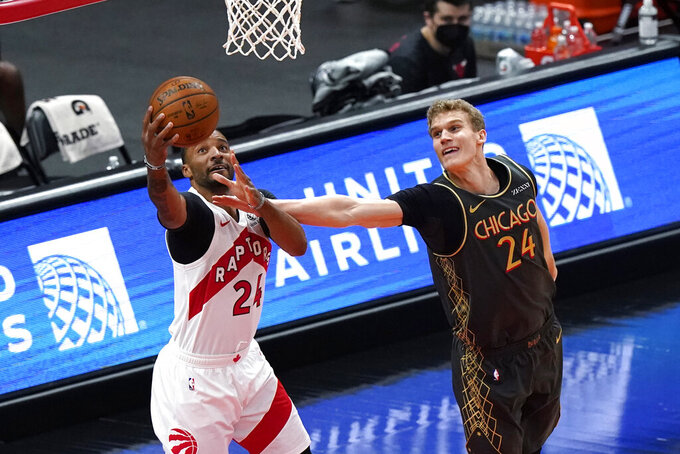 Fred VanVleet has been giving out a lot of hugs lately, for the simple fact that he’s thrilled to know the worst of his COVID-19 experience is now over.

For the Toronto Raptors, that news couldn’t come quickly enough.

VanVleet and three other Raptors — Pascal Siakam, Malachi Flynn and Patrick McCaw — were back with the team for practice Tuesday, after missing more than two weeks for virus-related reasons. Siakam, Flynn and McCaw are questionable to play Wednesday in Detroit; VanVleet and OG Anunoby are likely to remain out until at least Friday’s home game in Tampa, Florida against Utah.

VanVleet revealed that he tested positive for the virus, adding that the symptoms gave him some problems.

“I wouldn’t wish it on anybody,” VanVleet said. “But I’m here, I’m alive, I’m breathing and I know there’s a lot of people that didn’t make it through COVID. So, my thoughts and my heart are with the families and people that’s been affected by this thing that weren’t as fortunate as I was — as I am.”

Siakam has missed six games, while VanVleet and the other Raptors have missed five. Toronto was also without coach Nick Nurse and some assistants for some of that time; the Raptors won the first game without Nurse, but one game was postponed and the other five all become losses since.

But the Raptors have had some mini-celebrations in recent days, as players and coaches return to the mix.

“Actually almost had a whole roster out there tonight,” Nurse said after practice Tuesday. “I was running some 5-on-0 and had to run three teams, believe it or not. Big jump forward.”

VanVleet said he was dealing with body aches, a fever and other issues. He also had to separate himself from his family and teammates immediately after testing positive.

“At that point, it was just a matter of trying to get somewhere and get isolated and get away from my kids and my girl and my family,” VanVleet said. “I hunkered down. I had it. I had symptoms, a few days of symptoms. It was pretty rough, a few of those days.”

The league has had about 100 players test positive this season — 48 of those in the week before the start of training camp — and has had to reschedule 31 games for virus-related reasons, such as positive tests and contact tracing keeping teams from having enough players to take the floor. Philadelphia’s Ben Simmons and Joel Embiid could not play in the All-Star Game for a contact tracing issue, and the New Orleans Pelicans had some players and staff get their first dose of the coronavirus vaccine this past weekend.

VanVleet learned on Sunday that he would be allowed back in the gym to start conditioning again Monday. He said he couldn’t even sleep Sunday night, in anticipation of finally getting back to work.