US rallies to claim silver in women's 10M synchro diving 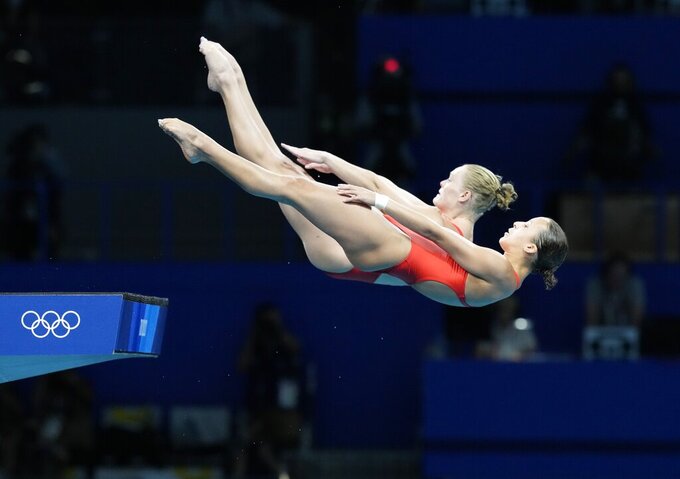 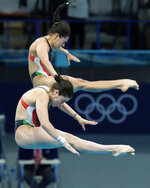 China couldn't be caught for the gold, with Chen Yuxi and Zhang Jiaqi leading all the way on Tuesday to give the diving powerhouse its second victory at the Tokyo Games.

Parratto and Schnell were competing for just the third time together, having teamed suddenly at the U.S. trials after Schnell's partner got hurt.

“Jess and I just ended up making it work," Schnell said. "Took a lot of faith in each other, a lot of trust in each other that paid off.”

They each had past success on their own. Schnell was the bronze medalist in individual platform at the world championships in 2019. Parratto was seventh in the same event at the Rio Games.

In 2016, Parratto earned a berth in Rio by beating Schnell and her partner at trials. No hard feelings, though.

Parratto and Schnell were next to last after their first dive, but worked their way higher over the next two rounds to earn the first U.S. medal in the event with 310.80 points.

“Not a scoreboard watcher, but honestly I knew we were kind of behind,” Parratto said. “That lit my fire. I knew we could hit the dives.”

Chen and Zhang totaled 363.78 over five rounds. They received two perfect 10s for execution on their second dive in the mostly empty 15,000-seat Tokyo Aquatics Centre.

China was comfortably in first place going into the final round.

The second-place Americans led Japan by a scant 2.1 points, with Mexico another 1.32 points behind in fourth.

China, the U.S., Mexico and Japan all did the same dive in the last round, a back 2 1/2 somersaults 1 1/2 twists pike carrying a 3.2 degree of difficulty. Only Canada performed a more difficult dive during the competition.

The Chinese earned 84.48 points, barely creating splashes as they knifed into the water. The Americans scored 78.72, earning marks from 8.0 to 8.5 for synchronization. The Mexicans scored 71.04, while Japan fell out of medal contention by scoring 61.44.

“We can feel the pressure,” Chen said through a translator, "but because we are very young, we have nothing to lose. We can be very brave.”