US skater Brown undecided on retirement after Beijing 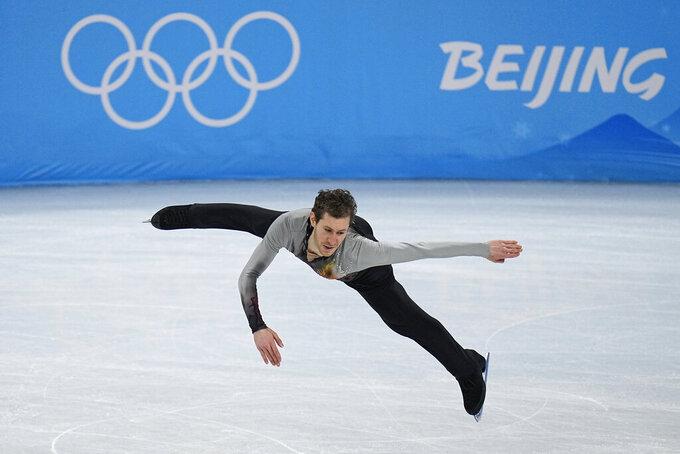 Jason Brown, of the United States, competes in the men's free skate program during the figure skating event at the 2022 Winter Olympics, Thursday, Feb. 10, 2022, in Beijing. (AP Photo/Jae C. Hong) 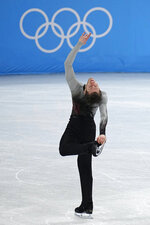 BEIJING (AP) — After delivering a remarkable performance at his second Olympics, and surpassing his showing from eight years ago at the Sochi Games, Jason Brown acknowledged that had accomplished all the goals he'd set out in figure skating.

That doesn't mean he's planning to retire just yet.

“I don’t have an answer to what is next, so that’s a little bit of a first for me,” said Brown, one of the most garrulous of American athletes. “I had three goals when I moved to Toronto, and I was fortunate enough to have checked them all off. So I think for me, you know, it’s about kind of figuring out if I want to set more (goals) and if I want to continue to push myself physically, mentally, emotionally.”

After a memorable performance of his acclaimed “Sinnerman” short program, the 27-year-old Chicago native put together a clean free skate to finish in sixth place, just two points behind two-time Olympic champ Yuzuru Hanyu in fourth.

He opted for perfection — no missed jumps — so he decided to do a triple salchow rather than a quad done by figure skating's other high flyers. And it paid off with one of the best scores of his long and circuitous career.

“It was just about making what made the most sense in the moment,” Brown said. “Obviously, your heart wants to do something one way, but when you kind of look at things objectively, I think that’s what we kind of did at that last minute.”

Brown was ninth at the Sochi Games, back when he was an up-and-comer full of potential. But the intervening years were both struggling and frustrating, and at one point they nearly drove him to quit after he missed out on the 2018 Pyeongchang Games. It was only his love for the sport itself that carried him through.

“I’ve been through every single scenario: the young kid that makes it, the guy that gets left off the team," Brown said.

Brown's performance was in many ways reminiscent of Adam Rippon's performance from Pyeongchang, when another skater whose artistic ability far outshined his ability to do the difficult quad jumps had his own Olympic moment.

Yes, the excitable Brown landed far behind teammate Nathan Chen, who took gold with a nearly perfect program for the first by an American in more than a decade. And his performance to music from the film “Schindler's List” left him behind Japan's trio of skaters: silver medalist Yuma Kagiyama, bronze medalist Shoma Uno and erstwhile champion Yuzuru Hanyu, who followed his back-to-back Olympic titles with a fourth-place finish in Beijing.

None of that mattered in the context of the moment.

Brown was part of the bronze-winning U.S. group in the team competition in 2014, but he was disappointed with his individual event. And despite thoughts of hanging it up four years ago, he decided to stick it out for another Olympic cycle.

By the time Beijing came around, Brown was considered a controversial pick for the last men’s spot on the U.S. team. Some saw it as a reward for Brown’s years of service and popularity, though it came at the expense of promising 17-year-old Ilia Malinin, who was the runner-up to Chen for this year’s national title.

“That’s definitely up to the critics who are making those comments to decide if I justified my spot,” Brown said after his Olympic performance. “I think I’m always after trying to be the best version of myself that I can be.”