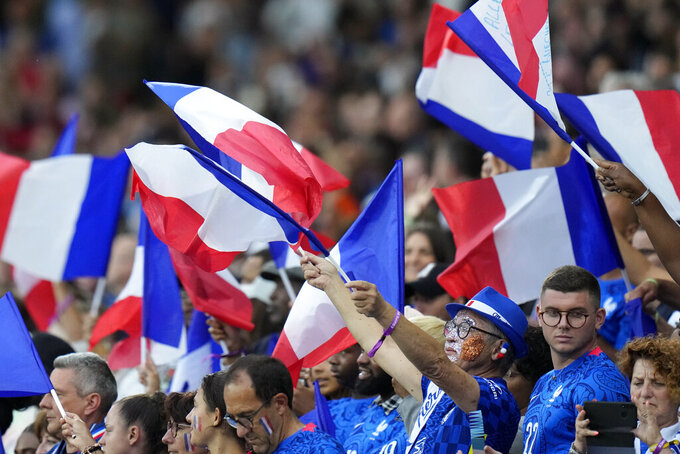 The Olympic soccer competition at the 2024 Paris Games will conclude with the women's final — instead of the men's — for the first time.

FIFA announced the Olympic soccer competition schedule on Wednesday. The governing body also said there will be no double-headers in France, making each match a standalone event.

The women's final will take place on Aug. 10 at the Parc des Princes in Paris. The men's gold-medal match will be played at the same stadium the day before.

The combined tournament will start on July 24 and go to seven cities in France: Paris, Bordeaux, Lyon, Marseille, Nantes, Nice and Saint-Etienne.

“That this should take place in France is particularly exciting," FIFA president Gianni Infantino said in a prepared statement. “A country with a distinguished history of developing and excelling in both men’s and women’s football, which has hosted some of the most iconic FIFA tournaments in history, including the last FIFA Women’s World Cup in 2019, and where FIFA has recently re-opened an office to better serve its 211 member associations.”

The U.S. women secured a spot in the Olympics by winning the CONCACAF W Championship, while Brazil and Colombia qualified at the Copa America.

On the men’s side, the U.S. team and the Dominican Republic earned spots at the CONCACAF U-20 Championship.