12 Grammy facts: BTS and Dr. Luke in, The Weeknd out 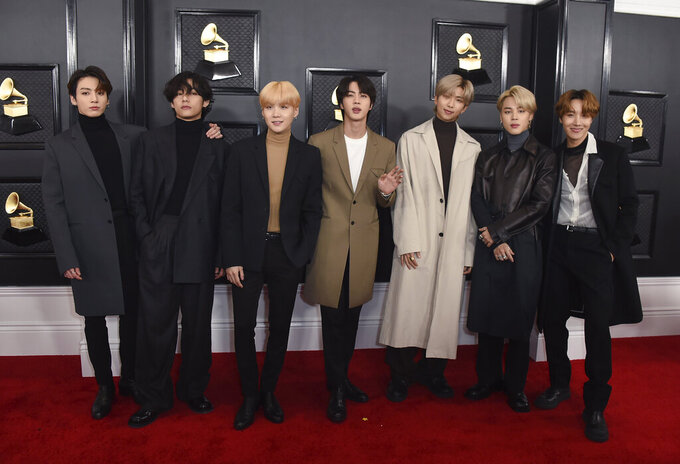 FILE - BTS arrives at the 62nd annual Grammy Awards in Los Angeles on Jan. 26, 2020. The K-pop band is nominated for a Grammy Award for best pop duo/group performance with “Dynamite," their first song to hit the No. 1 spot on the Billboard Hot 100 chart. (Photo by Jordan Strauss/Invision/AP, File) 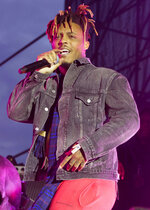 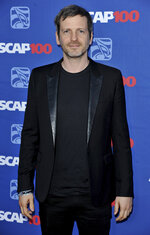 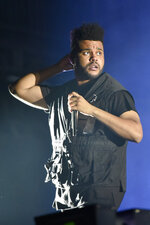 NEW YORK (AP) — Twelve things worth noting about Tuesday's nominations for the 2021 Grammy Awards, from snubbed singers to posthumous nominees to famous folks competing for awards.

The Weeknd sings about being a “star boy" but the Grammys' response to his latest album? Bye boy.

The pop star was severely snubbed this year despite having one of the year's biggest albums with “After Hours" and topping the Billboard Hot 100 chart with “Blinding Lights" and “Heartless."

Luke Combs also walked away without a single nomination though he was country music's most successful musician this year. Morgan Wallen also had a great year in country music, but didn't earn any nods. And the Chicks' first album in 14 years was not recognized.

Though they received nominations in their genre categories, acts such as Lady Gaga, Fiona Apple and Harry Styles didn't pick up bids for album, song or record of the year.

For years BTS have said their dream is to be Grammy-nominated. And they've finally achieved it.

The K-pop band is nominated for best pop duo/group performance with “Dynamite," their first song to hit the No. 1 spot on the Billboard Hot 100 chart.

Dr. Luke marked a major comeback this year, producing hits for Saweetie, Juice WRLD and Doja Cat, who is signed to his record label. And it earned him his first Grammy nomination in six years.

The hit “Say So" marked a breakthrough for Doja Cat and Dr. Luke, who last launched a No. 1 smash with Katy Perry's “Dark Horse" in 2014, the same year his former collaborator Kesha accused him of sexual assault during their yearslong partnership. Dr. Luke has vigorously denied the allegations.

“Say So" is nominated for record of the year, an award given to the song's artist and producer, helping Dr. Luke earn a nomination. But instead of using his known name on the credits for the song, he's listed as Tyson Trax.

Other monikers Dr. Luke has used are Loctor Duke and MADE IN CHINA.

Reflecting the current times, Black artists released songs this year about the Black Lives Matter movement and the international protests that took place following the deaths of George Floyd, Ahmaud Arbery, Breonna Taylor and others.

And those songs are nominated for Grammys.

Beyoncé's “Black Parade," released on Juneteenth, is up for four awards including record and song of the year. The protest song “I Can't Breathe" by H.E.R. is nominated for song of the year, while Lil Baby's “The Bigger Picture" — which reached the No. 3 spot on the pop charts — is up for best rap song and best rap performance. And Anderson .Paak's “Lockdown," about police brutality and racial injustice, is up for best melodic rap performance and best music video.

Country singer Mickey Guyton wrote “Black Like Me" a year before Floyd's death, but rushed to release the song because she said the time was right. The poignant track earned a nomination for best country solo performance.

John Prine died of complications of the coronavirus in April, but his spirit is all over the Grammy Awards.

Leonard Cohen has earned multiple posthumous nominations since his death in 2016 and is nominated for best folk album with “Thanks for the Dance," his fifteenth and final studio album.

And songwriter LaShawn Daniels, who died last year and won a Grammy for co-writing Destiny's Child's “Say My Name," is competing for best gospel performance/song with “Come Together" by his close friend Rodney “Darkchild” Jerkins. Daniels and Jerkins started writing the song about the world coming together 17 years ago but Jerkins released it this year during the pandemic to offer healing and hope to listeners.

Streep is nominated for best spoken word album for “Charlotte’s Web," pitting her against MSNBC’s Rachel Maddow, journalist Ronan Farrow and “Jeopardy!” record-holder Ken Jennings, who is nominated for reading “Alex Trebex — The Answer Is...”

Zellweger won her second Academy Award for “Judy" and her performance on the soundtrack earned her a nomination for best traditional pop vocal album.

Cynthia Erivo, a Grammy, Emmy and Tony winner, scored a nomination for best written song for visual media with “Stand Up" from “Harriet." The song, which she co-wrote with Joshuah Brian Campbell, also earned an Oscar nomination earlier this year.

And while country radio is overloaded with male artists, the Grammys' best country album category is packed with women, including Miranda Lambert, Brandy Clark, Ashley McBryde and Ingrid Andress.

Brittany Howard has already won four Grammys with her talented band Alabama Shakes, but her first solo album is getting tons of Grammy love.

Happy wife, happy life: Jay-Z has lent his songwriting hand to his wife Beyoncé and he's earned Grammy nominations for it.

Jay-Z and Beyoncé have won five Grammys together.

Despite rap music being today's most popular genre, no rap albums are nominated for the top prize, album of the year.

Expected nominees included Roddy Ricch's “Please Excuse Me for Being Antisocial," Lil Baby’s “My Turn" and DaBaby's “Blame It on Baby" or “Kirk."

But those albums didn't even score nomination in the best rap album category. Instead, nominees were focused on rap purists and respected lyricists instead of the young performers dominating the pop charts.

Paul McCartney scored his 79th Grammy nominations this year — as an art director.

The former Beatle is nominated for best boxed or special limited edition package for the collector's edition of his 10th solo album, “Flaming Pie." He's listed as one of the art directors on the project, and shares his nomination with Linn Wie Andersen, Simon Earith and James Musgrave.

McCartney is the owner of 18 Grammys.

PAIN OF THE PANDEMIC