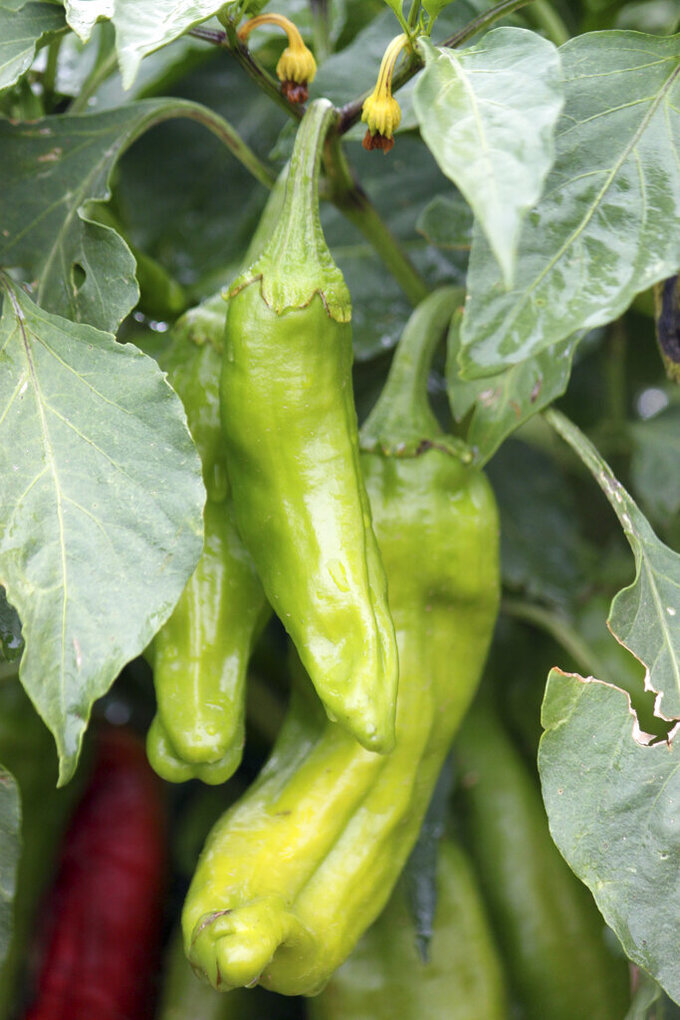 ALBUQUERQUE, N.M. (AP) — For chiles, 2020 wasn’t all bad as New Mexico farmers reported increased production and yield levels for the state’s most famous crop despite pressures related to the coronavirus pandemic.

Numbers released Thursday by the U.S. Agriculture Department’s statistics service show 68,000 tons of red and green chile were produced last year. That’s an 8% increase over the previous year. The value of the crop also increased to nearly $52 million.

He said the positive numbers are a tribute to New Mexico's farmers, who weathered labor shortages and reduced demand as restaurants and other venues were forced to close. He pointed to the ripple effects of the industry beyond the farm, saying that the crop forms the basis of salsas, sauces and other mainstream products.

New Mexico’s chile peppers have woven their way into the state’s cultural identity over centuries, and their distinct flavor has been adopted by palates around the world.

The state in 2014 even adopted its own trademark and certification program to protect the reputation and integrity of the signature crop, much like Idaho has capitalized on potatoes, Maine has its lobsters and Florida has its fresh fruits and juices.

The 2020 crop was helped by a mild growing season that was warm and dry — just what chile plants like.

Joram Robbs, executive director of the New Mexico Chile Association, said the tonnage and yield increases can be attributed to technological advancements that include better genetics.

But there are still challenges on the horizon, including decreased demand as the restaurant industry has yet to recover. Robbs said some processors and distributors have reported up to a 40% decrease in sales that normally would have been sold to restaurants.

Then there are systemic labor issues that started before the pandemic and are expected to continue into the future.

“It is hard to find people that want to work in this industry anymore and it’s not about the wages they receive,” Robbs said. “Most of the pickers are making well over minimum wage, but people are moving away from wanting to work on a farm or in a processing facility.”

He said increased costs and regulations also are worrying farmers this year along with predictions from forecasters that New Mexico and much of the Southwest could be in for above-average warm and dry conditions. Water managers along the Rio Grande and Pecos River already have warned farmers that this year's irrigation allotments will be among historic lows due to less snowpack.

Foreign competition is yet another factor, Robbs said.

“Imported chile can be sold for much less than chile grown in New Mexico and as costs and regulations increase in the state, many farmers will not be able to compete,” he said.

The latest data shows nearly 80% of the 2020 crop was sold for processing, with the remaining going to the fresh market.