3% state employee raise; no vaccine lottery yet in SC budget 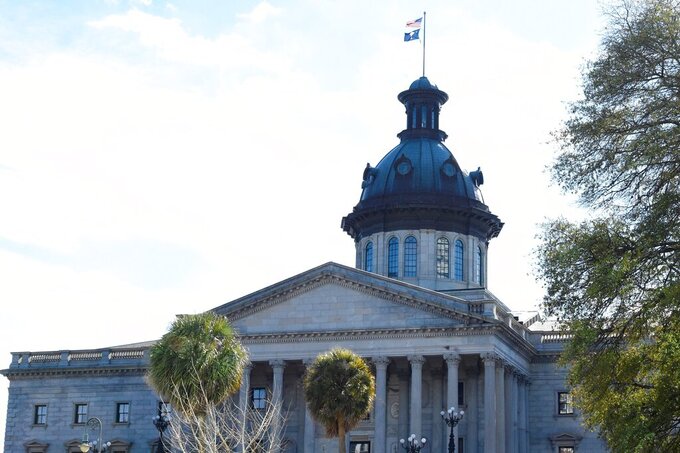 The House Ways and Means Committee on Wednesday approved a nearly $11 billion state budget for the fiscal year that starts July 1. The spending plan includes money the state didn't spend this budget year because lawmakers feared a more serious economic downturn in the COVID-19 pandemic.

One issue the committee decided was best taken up next week by the whole House was a proposal to provide big lottery prizes to people who get a COVID-19 vaccine, based on programs in Ohio and other states.

Only about 34% of South Carolina's population is vaccinated. The state is well below the 41% rate nationwide and in the bottom ten in the country.

The Columbia Democrat suggested setting aside $2 million for an outreach program and prizes. But after Ways and Means Chairman Murrell Smith said the proposal was confusing as written, Rutherford offered to wait and put the amendment up during next week's full General Assembly special session.

The House is amending the Senate's version of the budget.

The Senate plan included constructing veteran nursing homes as well as dozens of local projects like boat ramps, parks, festivals and repairs to a lighthouse.

Typically, House members make a few changes here and there to the Senate's plan. But this year lawmakers started off much more cautious because they worried about greater economic difficulties from COVID-19.

But the taxes and fees collected by the state have exceeded the conservative predictions. South Carolina is approaching $2 billion more than lawmakers had to spend in the previous plan because they didn't spend everything collected in this year's budget.

“When we talk about a lot of revenue, we need to put into perspective that this is two years of a budget,” said Smith, a Republican from Sumter.

The 3% raise for state employees is more than the 2% offered in the proposed Senate plan..

State Rep. Gilda Cobb-Hunter, who has fought for better pay for state employees throughout her nearly 30-year Statehouse career, suggested a 5% raise that was voted down.

“Really we’re close to a 5% raise with all the benefits we’ve put in the budget," said Bannister, a Republican from Greenville.

Cobb-Hunter, a Democrat from Greenville, said the benefits are nice and appreciated, but don't increase base pay, which is used to calculate retirement benefits.

Other items in the budget heading to the House floor include:

— A nurse in every South Carolina public school

— Pay increases for nearly every law enforcement officer in the state