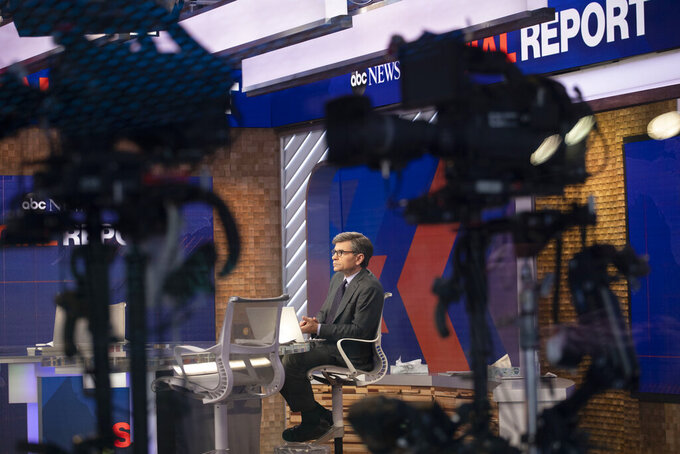 The ABC newsman revealed his diagnosis on the show, telling co-host Robin Roberts that, “I feel fine.”

Stephanopoulos' wife, Ali Wentworth, had come down with COVID-19 and tweeted that she's “never been sicker.” Her husband has been taking care of her, their children and doing his TV job in the interim.

He said the only potential symptoms he has felt were a lower back ache that he had attributed to a hard workout, and a briefly diminished sense of smell.

CNN host Chris Cuomo has been undergoing a public battle with the disease, continuing his show despite a rough case. But Stephanopoulos provides a new example for the television viewing public of a relatively asymptomatic case.