As Africa locks down, some deliveries of aid are threatened 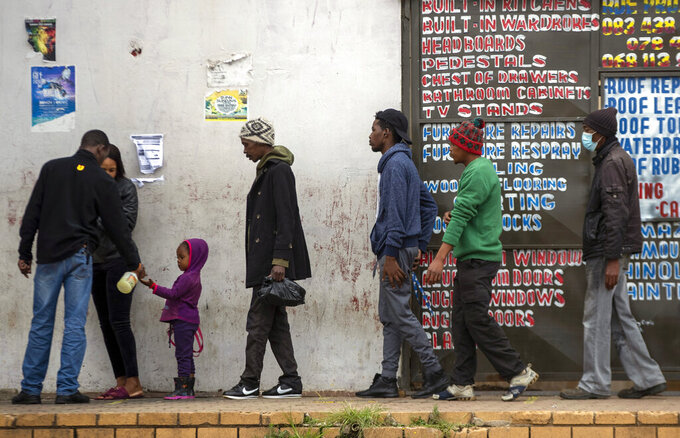 People queue for shopping at a local supermarket in Duduza, east of Johannesburg, South Africa, Thursday, April 2, 2020. South Africa went into a nationwide lockdown for 21 days in an effort to mitigate the spread to the coronavirus. The new coronavirus causes mild or moderate symptoms for most people, but for some, especially older adults and people with existing health problems, it can cause more severe illness or death. (AP Photo/Themba Hadebe) 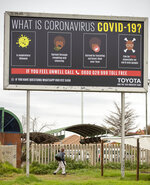 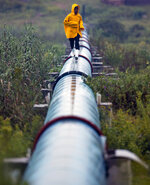 JOHANNESBURG (AP) — More than half of Africa’s 54 countries have closed their land, air and sea borders to fight the spread of the coronavirus, authorities said Friday, but fears are growing that the restrictions are delaying deliveries of critical aid.

African nations have closed airports and locked down some of the continent’s largest cities out of caution, but that compounds the serious problem of shortages of health and other items. The continent now has more than 7,000 confirmed virus cases on top of sprawling crises related to hunger, locusts, conflict and more.

“If the chaos caused by this pandemic is allowed to curtail humanitarian assistance, the results will be catastrophic,” the medical charity Doctors Without Borders warned in a statement Friday.

Aid organizations are now in the extraordinary situation of negotiating for humanitarian corridors in peaceful regions after at least 32 countries closed their borders, according to Africa Centers for Disease Control and Prevention data. Some nations have made exceptions for cargo, humanitarian aid or emergency flights.

But at least 21 low-income and middle-income countries, most of them in Africa, are already seeing shortages of vaccines because of border closures or flight disruptions, GAVI, the Vaccine Alliance, said in a statement Friday. The U.N. children's agency earlier noted “major disruptions” of vaccine shipments by air, notably to West Africa, as many originate or transship in Europe, and some countries have refused to accept shipments from nations with virus outbreaks.

U.N. Secretary-General Antonio Guterres late Friday called on authorities to enable the provision of aid by “fast-tracking the passage of health and aid workers at borders and in-country“ and seeing them as essential workers, a statement by his spokesman said. It stressed “the need to aid those least able to protect themselves.”

In Kenya, travel restrictions have delayed the delivery of pesticides needed to fight the most devastating locust outbreak some East African countries have seen in 70 years, an official with the U.N. Food and Agriculture Organization told The Associated Press.

That’s just as a second generation of the desert locusts — 20 times in size of the first wave of billions of insects — prepares to take flight, said Cyril Ferrand, FAO’s resilience team leader for East Africa.

“With the rainy season starting now, farmers start planting and ranch-land begins regenerating,” he said. “But if these voracious insects are landing on these young crops, then these farmers will be facing a 100% loss.”

Pesticide orders weeks ago from Britain and India have been delayed, leaving Kenya with “very little stock” to spray the locusts with the only effective control, he said. With time running out, authorities on Thursday placed an order with a local pesticide producer and “in theory” a new supply is expected over the weekend.

On Thursday, the World Food Program’s regional director for southern Africa, Lola Castro, told reporters that shortly before South Africa imposed a three-week lockdown, the WFP negotiated a humanitarian corridor so shipments of needed food aid could continue to flow to other southern African nations as millions feel the effects of drought and other disasters.

It was an unusual measure in a region currently free of war.

“It’s extremely important that food systems continue to function ... but also be able to move across borders,” she said. Lockdowns and other restrictions for the coronavirus “may affect us very, very much” on a continent where millions of people who must go out daily to make a living are made to stay at home.

Even as South Africa relaxed part of its lockdown to allow informal food sellers to work again, the government on Friday blamed the slow arrival of deliveries of sanitizers, masks and gloves in part on travel restrictions around the world.

Recent crises are instructive. An FAO document on the coronavirus notes that quarantines imposed during the Ebola outbreak in West Africa in 2014-16 “led to a spike in hunger and malnutrition. The suffering worsened as restrictions on movement led both to labor shortages at harvest time even as other farmers were unable to bring their produce to market.”

Globally, disruptions are minimal and food supplies are adequate, the document says. “We are already seeing, however, challenges in terms of the logistics involving the movement of food (not being able to move food from point A to point B) ... As a result of the above as of April and May we expect to see disruptions in the food supply chains.”

Follow AP news coverage of the coronavirus pandemic at: