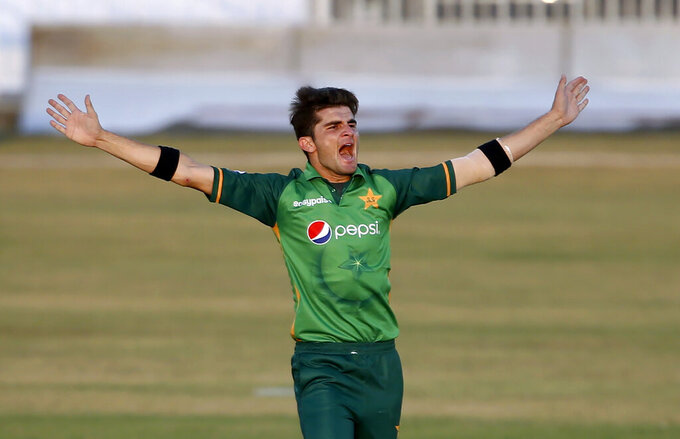 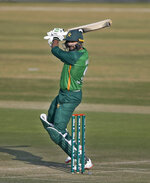 Afridi was well supported by Wahab Riaz, who claimed 4-41.

In Pakistan’s first home international with no spectators because of COVID-19 restrictions at Pindi Cricket Stadium, left-handed batsmen Haris Sohail (71) and Imam-ul-Haq (58) propped up their team’s total of 281-8.

The three-match ODI series is part of the new World Cup Super League. Seven of the 13 teams in the league will directly qualify for the 2023 Cricket World Cup in India.

Taylor kept Zimbabwe in the hunt by hitting 11 fours and three sixes until Afridi returned in the 47th over and had him caught at mid-off. Zimbabwe lost its last five wickets for only 15 runs in the space of 18 balls.

“Pakistan’s bowlers' skill level at the death made it difficult for us," Taylor said.

On being named player of the match, he added, “I feel very lucky to get this man of the match award as I feel Shaheen should have got it. You’re up against a very skillful attack at the death and they were too good at the end."

Taylor and Wesley Madhevere (55) shared a 119-run, fifth-wicket stand that put Zimbabwe’s chase back on track after Afridi and Riaz reduced Zimbabwe to 115-4 in the 27th over.

But once Riaz broke the partnership by clean bowling Madhevere, Afridi followed up with the key dismissal of Taylor and swung the game back in Pakistan's favor.

“He (Taylor) played an outstanding innings, but I had confidence in Shaheen Afridi and Wahab Riaz,” Babar Azam said after winning his first ODI as Pakistan captain. “Once Shaheen had Taylor’s wicket, I was sure we are going to win the game.”

Earlier, Zimbabwe's players didn’t show any rustiness despite this being their first international match since March as they tied down Pakistan’s much-fancied stroke-players.

Left-arm spinner Tendai Chisoro (2-31) and fast bowler Blessing Muzarabani (2-39), who is making a comeback after two years out, were the pick of the Zimbabwe bowlers. Muzarabani got Babar caught behind on 19.

Imam survived a television referral for lbw on 11 and went on to hit six fours. However, soon after completing his half-century he fell to a bizarre run out when he and Sohail ended up at the striker’s end.

Sohail departed in the 42nd over after hitting six fours and two sixes when offspinner Sikander Raza had him caught behind. Sohail didn’t return to the field during Zimbabwe’s chase.

Pakistan made 90 runs in the last 10 overs to post a competitive total.