Airbnb prices shares at $68 ahead of Thursday IPO 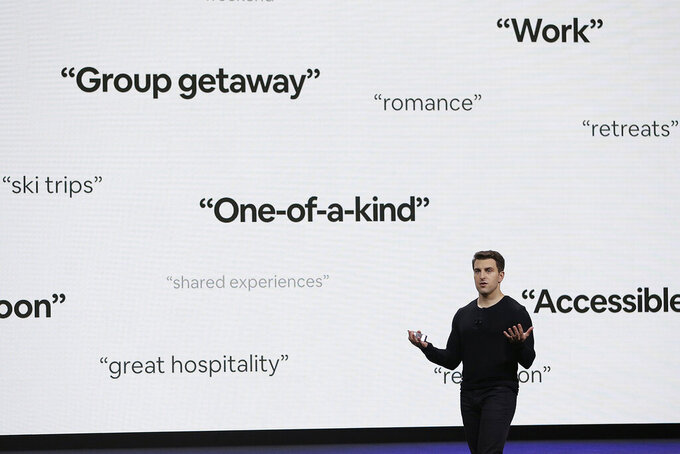 The home sharing company priced its shares at $68 apiece late Wednesday, giving it an overall value of $47 billion, according to a person with knowledge of the transaction who was not authorized to speak because the amount had not yet been made public. Starting Thursday, the shares will trade on the Nasdaq Stock Market under the symbol “ABNB.”

Airbnb raised $3.7 billion in the offering, making it the largest U.S. IPO this year, according to Renaissance Capital, which tracks IPOs.

Airbnb had initially set a price range of $44 to $50 for it shares, but raised that to a range of $56 to $60 earlier this week, indicating rising investor demand.

Airbnb’s listing comes a day after another San Francisco-based company, DoorDash, soared through its initial public offering. Its stock jumped 85.8% to close at $189.51 after the company priced shares at $102 each, raising $3.4 billion with its offering. Like DoorDash, Airbnb has never posted an annual profit.

Patrick Corrigan, a law professor at the University of Notre Dame who specializes in IPOs, said the investor reaction to DoorDash bodes well for Airbnb.

The company, which has 7.4 million listings, wants to add more hosts and properties and expand in markets like India, China and Latin America.

Airbnb initially planned its IPO for the spring but shelved it when the pandemic ground global travel to a halt.

The company’s revenue fell 32% to $2.5 billion in the first nine months of this year as the coronavirus forced travelers to cancel their plans. But in the months since, Airbnb’s business has rebounded faster than hotels, with many people feeling safer booking private homes outside of crowded downtowns.

Airbnb said the number of nights and experiences booked, which plummeted 72% in April compared to year-ago levels, were down 20% in September.