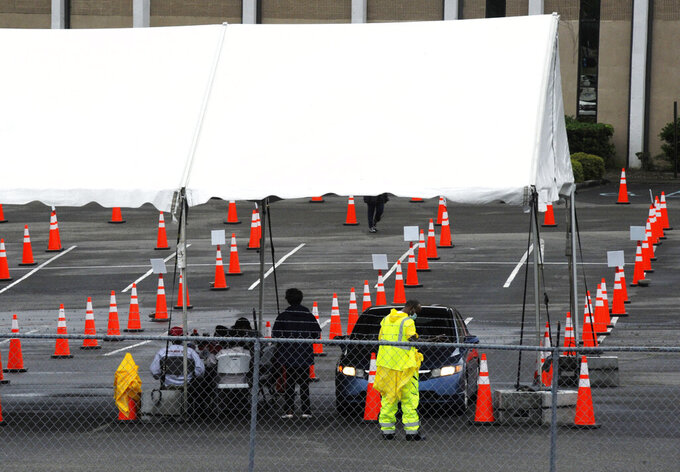 BIRMINGHAM, Ala. (AP) — The Alabama NAACP is trying to boost COVID-19 vaccinations among younger people in the state by offering a chance to win $1,000 for getting a shot, a leader said Thursday.

With health officials worried that too few young people are getting immunizations, the civil rights organization this week began promoting a program to offer anyone between the ages of 18 and 40 a chance to receive $1,000 for completing the vaccination process between May 1 and June 21. That means getting two shots of the Pfizer or Moderna vaccine or one shot of the Johnson & Johnson dose.

"We just keep hearing that the Millennials and the Gen Zers don’t want to get the vaccine, so we're doing what we can to encourage them to go ahead and get it,” said Bernard Simelton, state president of the NAACP.

Entrants have to send a selfie of themselves and their vaccination cards to the organization, and organizers hope they'll also share the images on social media.

“We want them to encourage other young people to get vaccinated,” he said.

While 1.1 million people are fully vaccinated in Alabama, that represents only about 20% of the state's population. After briefly surpassing Mississippi in the rate of vaccination, statistics from the Centers for Disease Control show Alabama is again last in the nation.

Health officials initially were worried that Black people distrustful of government health care initiatives wouldn't get shots, but many did. The counties with the lowest rates of fully vaccinated residents now are primarily white and rural, statistics show.

With federal officials considering the possibility of reallocating vaccine doses from states where demand is declining, Gov. Kay Ivey warned this week that Alabama could lose part of its vaccine supply if more people don't get shots.

“Y’all, we want shots in the arms and off the shelf,” she said in a statement. “If you have not made it a priority to schedule a vaccine, I encourage you to go get the shot as soon as you are able.”