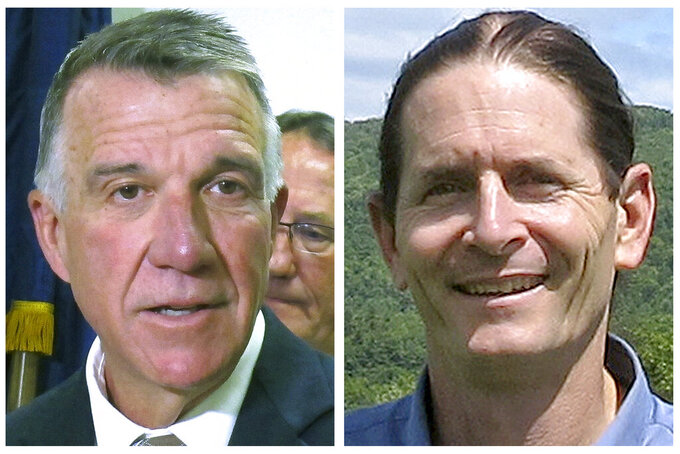 Scott, 61, was challenged by Lt. Gov. David Zuckerman, who is running as a Democrat but throughout his political career has also worked with and represented Vermont's Progressive Party.

Democrat Peter Welch won reelection to the seat in the U.S. House that he first won in 2006.

During his seven terms in the House, Welch, 73, has consistently been one of Vermont’s top statewide vote-getters. Welch says he feels his popularity has been due to his continued focus on the state’s needs. He says the country is facing the “extraordinary challenges” of the coronavirus pandemic and what Welch has described as Trump’s threat to democracy.

Welch was challenged this year by Republican Miriam Berry, a registered nurse from Essex Junction, who was making her first run for elected office. Berry described herself as a conservative who opposes current proposals for universal health care and is for civil rights and cutting waste from the budget. She said it was time for a change.