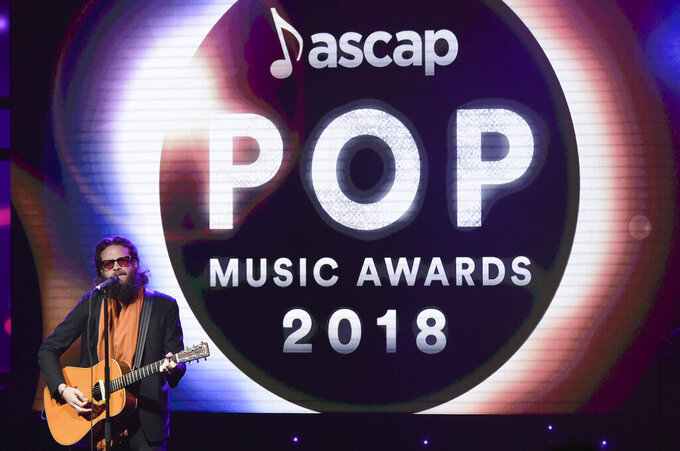 NEW YORK (AP) — The American Society of Composers, Authors and Publishers is going virtual with its annual awards shows this summer because of the coronavirus pandemic.

The performing rights organization announced Thursday that it will hold three-day virtual events for its four awards shows, which focus on pop, R&B, Latin and film music.

“Even though we can’t be together ‘in real life’ this time, we are so excited to honor (artists) virtually so that we can all connect and share our collective love of music,” Paul Williams, ASCAP’s president and chairman of the board, said in a statement Thursday. “We invite music fans everywhere to join us in toasting their music and what their creative work adds to our lives.”

Other awards shows are skipping a traditional ceremony this year because of the coronavirus, including The Daytime Emmy Awards and the BET Awards.

ASCAP will honor some of today’s top songwriters and publishers at its ASCAP Virtual Awards; winners and guest participants will be announced later. Last year the organization gave awards to Billie Eilish and her brother-collaborator Finneas, Benj Pasek and Justin Paul, Cardi B and Daddy Yankee.