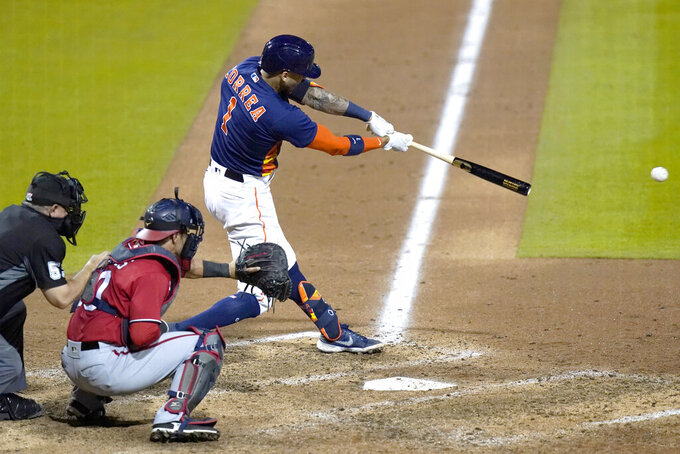 “We were not close at all. There were not really any negotiations,” Correa said Thursday before the Astros opened against the Oakland Athletics. “It's another year with the Houston Astros. I'm going to go out there, give it my best and try to bring another championship to this city.”

Correa said last week he turned down a $120 million, six-year offer and said Thursday he's also declined a $125 million, five-year bid — paltry compared to the $341 million, 10-year deal shortstop Francisco Lindor agreed to with the New York Mets on Wednesday night. Lindor and Correa were both eligible for free agency after this season.

“I love it, it’s a great contract,” Correa said of Lindor's deal. “He deserves every penny of it. ... He pushed the market for every shortstop coming after him.”

The 26-year-old Correa set a deadline of opening day to reach an agreement. He'll earn $11.3 million this .

Correa was Houston's No. 1 overall pick in the 2012 draft, a year the Astros experienced their second of three straight seasons with more than 100 losses. He debuted in 2015 and was voted AL Rookie of the Year. Correa was an All-Star in 2017, when he helped lead the Astros to their first World Series title.

During the coronavirus-shortened 2020 season, he batted .264 with five home runs and 25 RBIs. He insists he's ready to play and focus on baseball.

“I will always love this city and it will always be my second home," he said. "If this is my last season, I love the fans here, I know they love me back. But if it's my last season I'm going to try to finish it with a championship. That's my main goal this year."