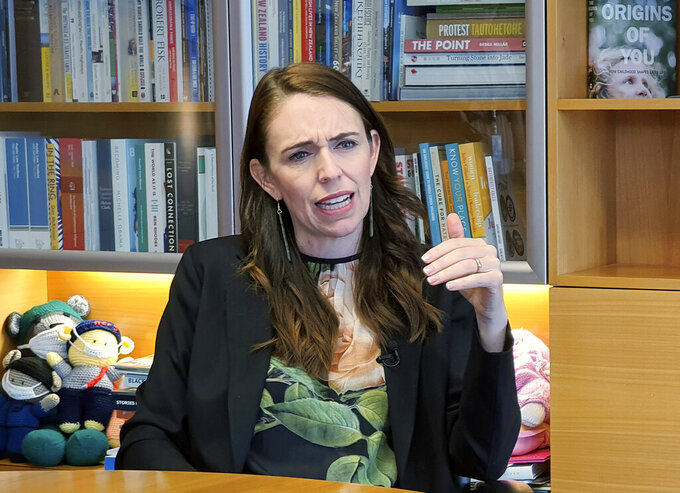 New Zealand's Prime Minister Jacinda Ardern is interviewed in her office at the parliament in Wellington, Wednesday, Dec. 16, 2020. New Zealand this year pulled off a moonshot that remains the envy of almost every other nation: It eliminated the coronavirus. But the goal was driven as much by fear as it was ambition, Prime Minister Ardern revealed Wednesday in an interview with The Associated Press. She said the target grew from an early realization the nation’s health system simply couldn’t cope with a big outbreak. (AP Photo/Sam James)

Auckland City told FIFA on Friday it could no longer represent Oceania at the tournament in Qatar because of the “COVID-19 pandemic and related quarantine measures required by the New Zealand authorities.”

FIFA said the requirements in New Zealand “in relation to isolation and quarantine” go beyond the soccer body’s remit.

Auckland’s absence means Qatari champion Al-Duhail will get a bye into the second round. The six-team tournament draw will be made at FIFA headquarters in Zurich on Tuesday.

New Zealand is also working with FIFA to co-host the 2023 Women’s World Cup with Australia.

New Zealand, led by Prime Minister Jacinda Ardern, has won wide acclaim for combating the pandemic. The nation of 5 million people has registered only 25 deaths because of COVID-19, according to Johns Hopkins University.