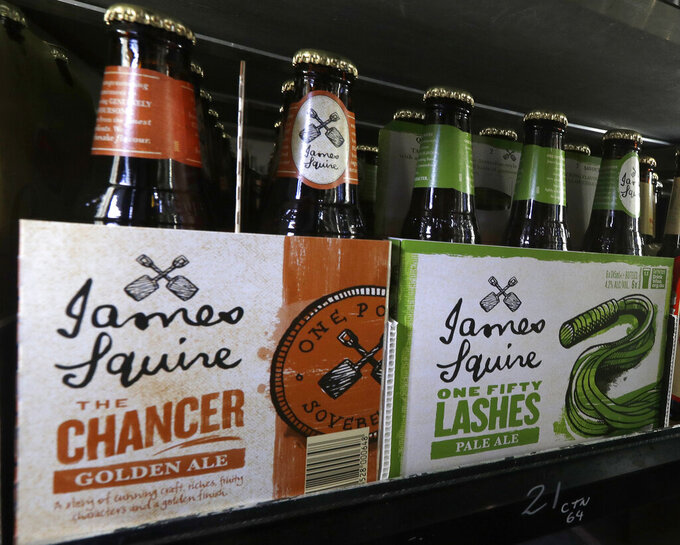 Treasurer Josh Frydenberg said he had advised the buyer China Mengniu Dairy Co. that the sale of the Japanese company's Australian subsidiary Lion Dairy and Drinks “would be contrary to the national interest.”

Frydenberg's statement did not elaborate.

Kirin and China Mengniu Dairy Co. said they had decided not to continue with the sale, agreed to in November, after Frydenberg expressed his preliminary view to block the deal.

In practice, such preliminary decisions are final.

Kirin said the sale required approval of the Australia’s Foreign Investment Review Board.

“Given this approval has not been secured to date and is unlikely to be forthcoming at this time, regrettably, the parties have agreed to terminate the agreement,″ a Kirin statement said

Frydenberg announced his veto after The Australian Financial Review last week reported that the Foreign Investment Review Board had approved the sale more than six months ago.

Asked about the newspaper report, Frydenberg said last week his government does not comment on the details of individual investment cases.

The sale fell through a week after China launched an investigation into whether Australia is exporting wine at improperly low prices in a new dispute between major trading partners that could reduce access to the biggest market for Australian vintners.

The anti-dumping investigation focuses on wine in containers 2 liters (68 fluid ounces) or smaller, which accounts for most Australian exports, the Chinese Ministry for Commerce said. It said the probe was prompted by a complaint from Chinese wine producers in July, but gave no details.

A separate anti-dumping investigation closed the Chinese market to Australian barley in May through crippling tariffs after Australia supported calls for an investigation into the origins of the coronavirus pandemic. Beijing also blocked imports of beef from Australia’s four biggest abattoirs.

Australian announced in March that it was tightening restrictions on foreign takeovers because of national security concerns raised by the pandemic.