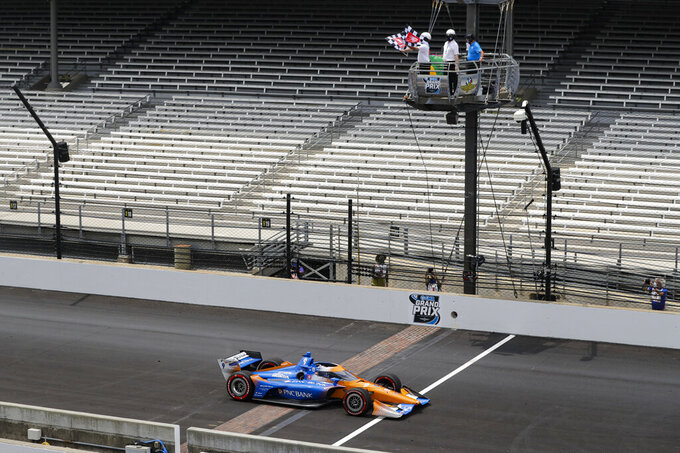 Last race: Kevin Harvick held on in a overtime sprint at Indianapolis Motor Speedway to earn his fourth victory of the season.

Fast facts: Harvick's four victories tie Denny Hamlin for the most though 16 races and kept him atop the driver standings by 85 points over Chase Elliott and 88 over Brad Keselowski. Harvick has also finished in the top 10 a series-best 13 times. ... Joey Logano is sixth in points despite a series-best average starting position of 7.4.

Fast facts: Briscoe's series-best fifth victory left him with a 21-pont lead over Noah Gragson in the driver standings. Ross Chastain is third, 55 points behind the leader.

Buckle Up In Your Truck 225

Fast facts: Austin Hill has yet to win a race this season, but has finished in the top 10 in all six events and leads the point standings by 51 over Ben Rhodes. Two-time winner Grant Enfinger is third, another 10 points behind the leader. ... Enfinger is the only series regular to have won this season as Cup and Xfinity driver have claimed four victories.

Last race: Scott Dixon won for the second time in as many events this season, this time on the road curse at Indianapolis Motor Speedway.

Fast facts: With victories in both races run so far this season, Dixon leads Simon Pagenaud by 29 points in the driver standings. Josef Newgarden is third another 11 points off the leaders pace. ... A pole winner has yet to win through just two races.

Next race: The series moves to another doubleheader weekend in Newton, Iowa.

Fast facts: Hamilton finished second on the grid to Bottas, but was knocked back to fourth place by a late-race penalty.