Bale not in Madrid squad for match against Man City 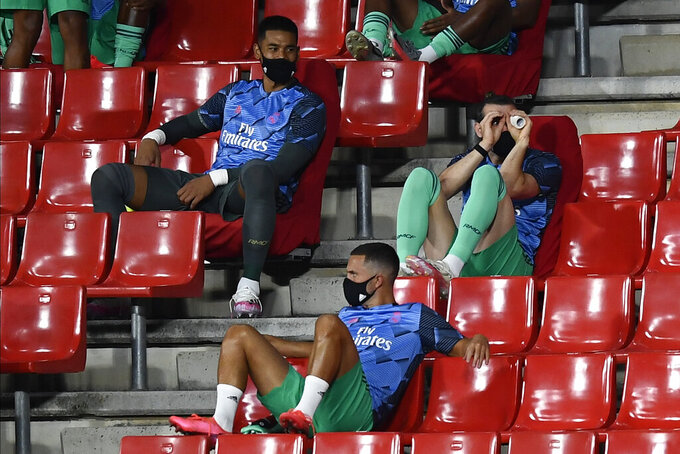 MADRID (AP) — Gareth Bale has not been included in the Real Madrid squad for the Champions League match against Manchester City.

Coach Zinedine Zidane left the Wales forward out of the list of 24 players who will travel for the round-of-16 match in England on Friday.

Bale didn't get many playing minutes under Zidane in the final stage of the Spanish league, a competition Madrid won. His last appearance was on June 24.

Reserve forward Mariano was left out after contracting the coronavirus recently.

Captain Sergio Ramos is traveling with the team but he will not be allowed to play because of a suspension.

Madrid lost the first leg 2-1 at home in a match played before the pandemic.