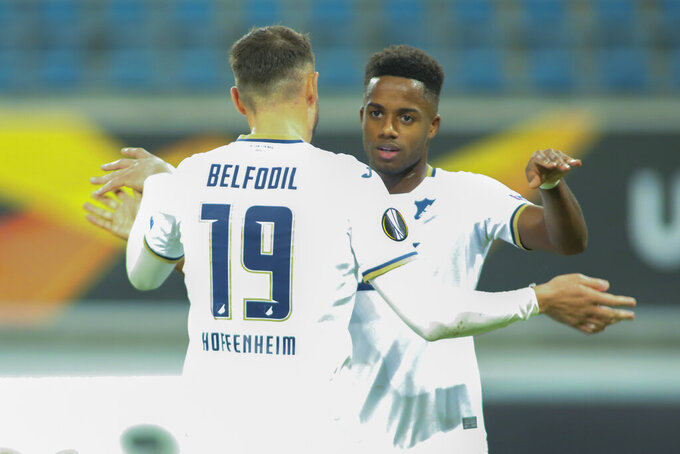 LEIPZIG, Germany (AP) — Goalkeeper Oliver Baumann left the German national team squad on Wednesday, and Ryan Sessegnon left England's Under-21 team, after a spate of coronavirus cases among other players from their club Hoffenheim.

The German soccer federation said Baumann had twice tested negative for the virus since joining the squad on Monday but would now spend time in isolation at home after talks with local health authorities.

Germany plays the Czech Republic in a friendly on Wednesday, with Eintracht Frankfurt's Kevin Trapp due to start in goal, and has Nations League games against Ukraine on Saturday and Spain on Tuesday.

Sessegnon is on loan at Hoffenheim from Tottenham and was with the England U21 squad ahead of games in England against Andorra and Albania. The English Football Association said he would return to Germany following a request from German authorities.

Five players and two staff members from Hoffenheim have tested positive since last week. Two of those players, Denmark's Robert Skov and Israel's Munas Dabbur, tested positive after arriving at their national teams for upcoming games. A friendly between Israel and Norway was canceled as a result.

The whole Hoffenheim squad was put in isolation on Wednesday.