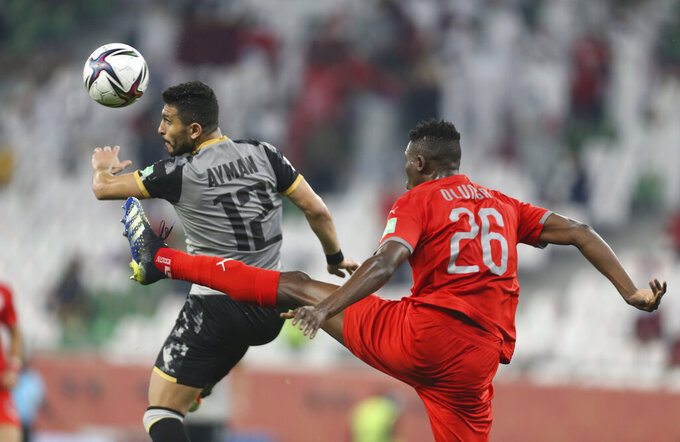 DOHA, Qatar (AP) — The African champion will play the European champion in the semifinals of the Club World Cup after Al Ahly beat Qatari team Al Duhail 1-0 on Thursday to clinch a meeting with Bayern Munich.

In a rare scene during the pandemic, thousands of fans were in the stadium to see the Egyptian side score in the first half with a long-range shot from Hussein El Shahat.

Al Ahly will play Bayern on Monday in Qatar.

The other semifinal on Sunday will be contested by newly-crowned South American champion Palmeiras and Mexican side Tigres.

The CONCACAF Champions League winner came from behind to beat Ulsan of South Korea 2-1 on Thursday with Andre-Pierre Gignac scoring twice in the first half.