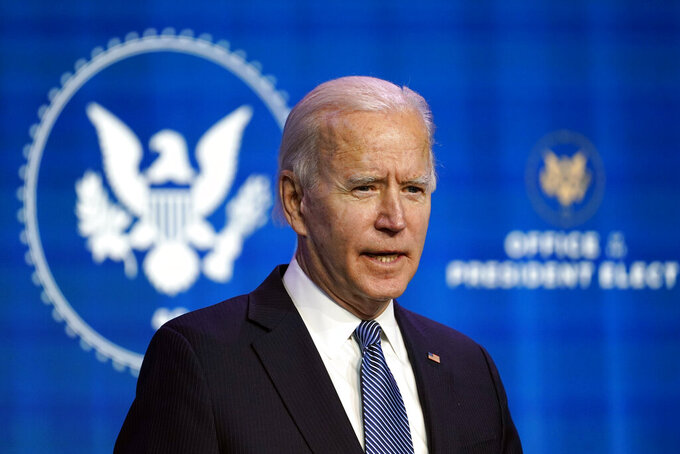 BOSTON (AP) — President-elect Joe Biden will select Boston Mayor Marty Walsh as his labor secretary, according to a source familiar with the decision, choosing a former union worker who shares his Irish American background and working-class roots.

Walsh, 53, has served as the Democratic mayor of Boston since 2014. When he took the oath of office for his second term as Boston’s chief executive in 2018, Biden presided over the inauguration. His selection was confirmed by a person familiar with the decision who spoke on condition of anonymity.

Before that, Walsh served as a state representative for more than a decade.

Walsh, a former union worker, has a long history with labor. He served as president of Laborers Local 223 and, before becoming mayor, headed up the Boston Building Trades — a union umbrella organization.

At Walsh’s second mayoral inauguration, Biden praised him for his character and efforts to create a thriving middle class, calling him a “man of extraordinary character in a moment when we need more character and incredible courage.”

“We’re at a moment when mayors and governors matter more than they ever did,” Biden said at the event. “We need leaders who will stand up against the ugly divisiveness spewing out of Washington every day.”

During his tenure as mayor, Walsh has overseen the city’s ongoing rejuvenation, which has led to challenges that include gentrification and rising housing costs.

He’s also had to grapple with the city’s history of racial tensions to try to make the city more welcoming for people of all backgrounds.

Most recently, Walsh has helped lead the city through the ongoing coronavirus pandemic with its myriad challenges, from helping maintain local businesses to ensuring widespread testing for the virus to figuring out how to maintain access to public schools.

“We Irish, as you know, we’re dreamers, yet we’re realists. We’re spiritual, yet we are doubters. We are compassionate, yet we’re demanding. Everything in us runs deep: sadness and joy, heartache and hope, fortitude and faith,” Biden said in his message last year. “We are the only people on earth who are always nostalgic for the future.”

The son of Irish immigrants, Walsh grew up in a triple-decker in Boston’s working class Dorchester neighborhood. As a child, he survived a four-year bout with Burkitt lymphoma starting when he was 7.

Walsh said one of the toughest things about his cancer treatment was losing his hair, which he said was red at the time and hard to match for a wig. He later recalled how someone living on the top floor of the three-family home clipped a bit of his hair and came back later with an identical red wig.

Walsh has also been forthcoming about his early struggles with alcohol and has used his history with addiction to encourage others to seek help. He began his speech at the 2016 Democratic National Convention by saying: “Good evening. My name is Marty Walsh, and I’m an alcoholic.”

“On April 23, 1995, I hit rock bottom. I woke up with little memory of the night before and even less hope for the days to come,” he said at the time. “Everybody was losing faith in me, everybody except my family and the labor movement.”

Walsh’s union history has led to some awkward moments as mayor, including when two former Walsh aides were charged with bullying music festival organizers into hiring union workers.

Kenneth Brissette, the city’s former director of tourism, and Timothy Sullivan, who was chief of intergovernmental affairs, were convicted in federal court in 2019 of conspiring to extort the organizers of the Boston Calling music festival by withholding city permits.

A federal judge later tossed the convictions, saying the government failed to prove the existence of a quid pro quo.