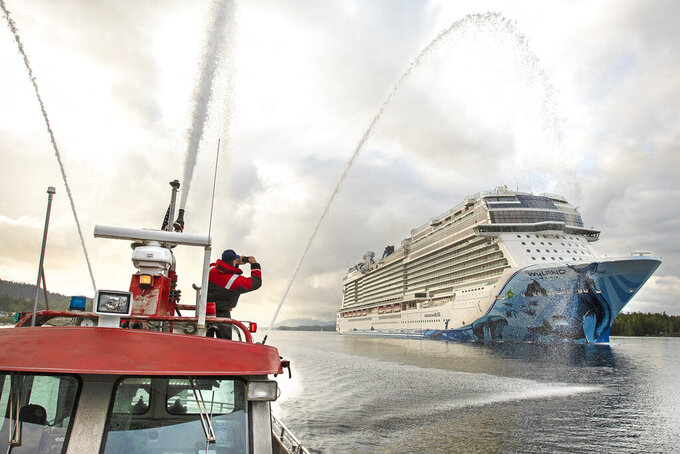 The measure pushed by members of Alaska's Republican congressional delegation will allow large cruise ships to sail directly from Washington state to Alaska without stopping in Canada. It is intended as a temporary workaround of a longstanding federal law that requires certain large cruise ships bound for Alaska to stop in Canada or start trips there.

Canada, amid COVID-19 concerns, has barred cruise operations through February.

U.S. Sen. Lisa Murkowski said Alaska has a limited opportunity for cruise travel, unlike sunny locales such as Florida. Before the pandemic, the season in Alaska would begin in late spring and extend through the summer or sometimes early fall.

She said cruise lines now have an opportunity to book trips to bring people to Alaska and “help us with our economy that has really been smacked hard by COVID.” Tourism is an important industry in the state, particularly for many southeast Alaska communities heavily reliant on cruise ship passengers.

Passage of the bill underscores the importance of not giving up, Murkowski said in comments alongside Sen. Dan Sullivan and U.S. Rep. Don Young, the other members of the state's congressional delegation, in Washington, D.C, on Monday.

Cruise lines still must meet guidelines set by the U.S. Centers for Disease Control and Prevention to guard against COVID-19.

Many of the large ships that visit Alaska are registered in foreign countries. U.S. law prohibits such ships from sailing between two American ports without stopping at a foreign port.