Brands weigh in on national protests over police brutality 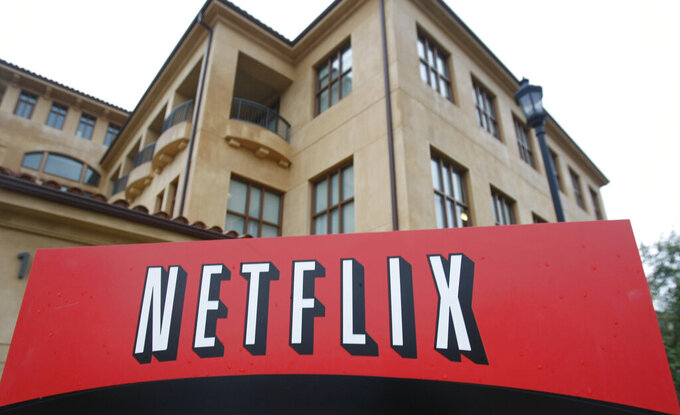 FILE - This Jan. 29, 2010, file photo shows the company logo and view of Netflix headquarters in Los Gatos, Calif. Netflix's normally lighthearted Twitter account took on a more somber tone on Saturday, May 30, 2020: "To be silent is to be complicit. Black lives matter. We have a platform, and we have a duty to our Black members, employees, creators and talent to speak up." (AP Photo/Marcio Jose Sanchez, File)

As thousands of protesters take to the streets in response to police killings of black people, companies are wading into the national conversation but taking care to get their messaging right.

Netflix’s normally lighthearted Twitter account took on a more somber tone on Saturday: “To be silent is to be complicit. Black lives matter. We have a platform, and we have a duty to our Black members, employees, creators and talent to speak up.” That got retweeted over 216,000 times and “liked” over a million times.

The streaming service is just one of many corporate brands that have turned to social media to voice concerns over racial injustice after the death of George Floyd, a handcuffed black man who pleaded for air as a white Minneapolis police officer pressed his knee against Floyd’s neck for several minutes.

At the same time, companies must consider whether it makes sense for them to weigh in, especially on an issue as sensitive as race.

“It’s brand activism,” said Alexander Chernev, a professor of marketing at Northwestern University’s Kellogg School of Management. “It’s not surprising. But companies have to think very carefully before they take a stand on these issues.”

There are plenty of examples of brands speaking out forcefully on social media, particularly in industries where cultural awareness is necessary part of the business. WarnerMedia, which is owned by AT&T and includes brands like HBO and TBS, changed their handles to #BlackLivesMatter and all posted the same James Baldwin quote: “Neither love nor terror makes one blind: indifference makes one blind.”

Nike, which famously took on the racial injustice issue head-on with its ad campaign featuring former NFL quarterback Colin Kaepernick, revealed a new video ad on Friday that bore the words: “For once, don’t do it.” The ad, a twist on its “Do it” motto, urged viewers not to “pretend there’s not a problem in America.”

“I am both impatient and disgusted by the fact that as a nation, we seem to be placated by the passive discussion of ‘why,’” the normally reserved General Motors CEO Mary Barra wrote in a weekend note to employees. “There comes a time when we are compelled to stop diagnosing what is wrong and start advocating for what is right.”

At Ford, Executive Chairman Bill Ford and CEO Jim Hackett told employees Monday that the company would “lead from the front" by committing to a fair and inclusive culture for workers.

“We know that systemic racism still exists despite progress that has been made,” they wrote. “We cannot turn a blind eye to it or accept some sense of ‘order’ that's based on oppression.”

But some companies that offered up statements of support were called out on their own track records on race. L’Oreal, one of the world’s biggest cosmetics companies, tweeted Monday: “Speaking out is worth it,” and pledged a “commitment” to the NAACP. That drew swift criticism online from those who see the company’s business model and advertising as focused on white consumers.

Likewise, Amazon’s tweet urging the end of ″the inequitable and brutal treatment of black people” received backlash from followers, who questioned the company's own commitment during the coronavirus pandemic in which employees have been complaining about unsafe working conditions.

Other companies have been kept their messages broad. For instance, The Walt Disney Co. and its brands, like Marvel, Star Wars and Pixar, all posted the same statement on Twitter about standing for inclusion and with the black community. Starbucks, which took heat in 2018 when two black men in one of its Philadelphia stores were arrested for not ordering anything, simply said it will stand in solidarity with black partners, customers and communities: “We will not be bystanders.”

Brand experts say corporate America needs to go beyond statements and outline what they plan to do to combat racism.

“Expressing solidarity with the Black Lives Movement is the right message, but everyone is jumping in on that bandwagon,” said Allen Adamson, co-founder and managing partner of Metaforce a marketing and product consultancy. “Just saying you are standing with them is nice but probably isn’t going to be meaningful for them or for the brand. It can be seen as opportunistic.”

Wendy Liebmann, founder and CEO of WSL Strategic Retail, agrees, saying there is no reason to make a public statement unless the company actually has a concrete plan to help resolve the issue of racism. She praised Peloton’s Twitter pledge to donate $500,000 to the NAACP legal defense fund as an example.

Some of the most moving statements so far have come from corporate executives who are black.

And Jide Zeitlin, chairman and CEO of Kate Spade, Coach and Stuart Weitzman parent Tapestry Inc., who along with Ellison is one of only a handful of black CEOs of Fortune 500 companies, noted in a heartfelt LinkedIn post to his employees that some of Tapestry’s stores had been damaged during the protests but he said his focus quickly turned to the looters after determining his staff was safe.

“What was going through their minds as they acted? Has our society truly left them with little to lose and few other ways to force the rest of us to come to the negotiating table?” he wrote. “We can replace our windows and handbags, but we cannot bring back George Floyd, Ahmaud Arbery, Breonna Taylor, Eric Garner, Trayvon Martin, Emmett Till, and too many others. Each of these black lives matter.