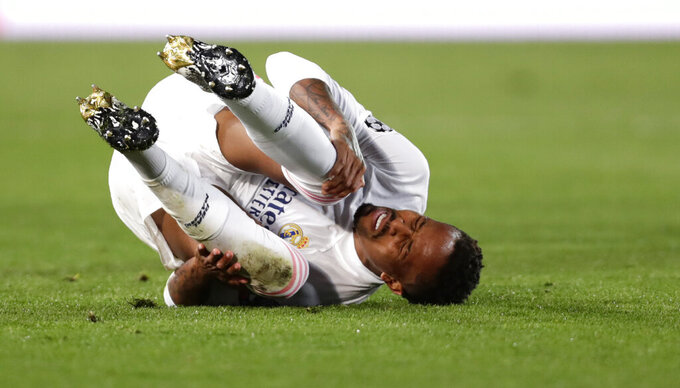 Defenders Felipe and Diego Carlos were called up Tuesday to replace Eder Militao, who contracted COVID-19, and Rodrigo Caio, who is injured, for the matches on Nov. 13 and 17.

Neymar is expected to come to South America for the matches despite a groin injury he picked up in a Champions League match for Paris Saint-Germain.