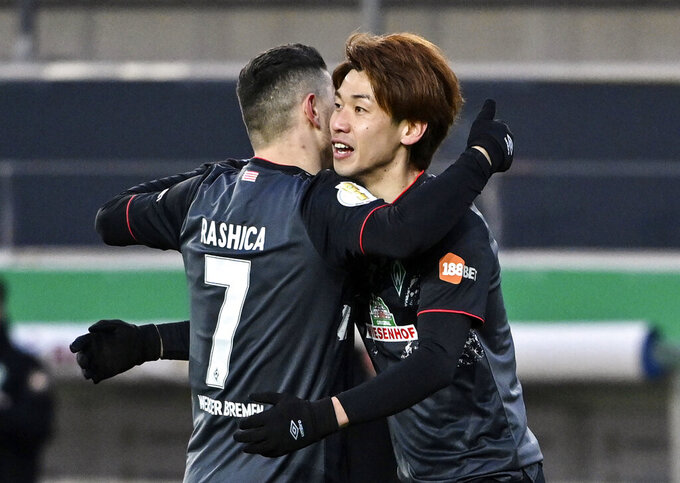 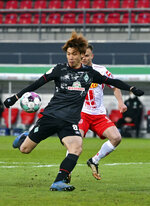 REGENSBURG, Germany (AP) — Yuya Osako’s second-half goal was enough for Werder Bremen to reach the German Cup semifinals with a 1-0 win over second-division Regensburg on Wednesday.

The Japan forward controlled Marco Friedl’s pass from midfield on his chest and turned to shoot inside the left post in the 52nd minute.

The teams’ quarterfinal was supposed to be played on March 2, but it was postponed due to COVID-19 infections among several Regensburg players a couple of days after coach Mersad Selimbegovic was diagnosed with what the club said was the “highly contagious British mutation of the coronavirus.”

The opening minutes of the second half had more goal-mouth action than the entire first half. Osako then missed a chance to make it 2-0 in the 67th, when Regensburg ’keeper Alexander Meyer blocked his shot out for a corner.

Bremen had to clear off the line as the home side made a late surge for an equalizer, but the Bundesliga team held on to set up a meeting with Leipzig on April 30.

Borussia Dortmund is playing second-division Holstein Kiel in the other semifinal on May 1. The final is scheduled to be played in Berlin’s Olympiastadion on May 13.