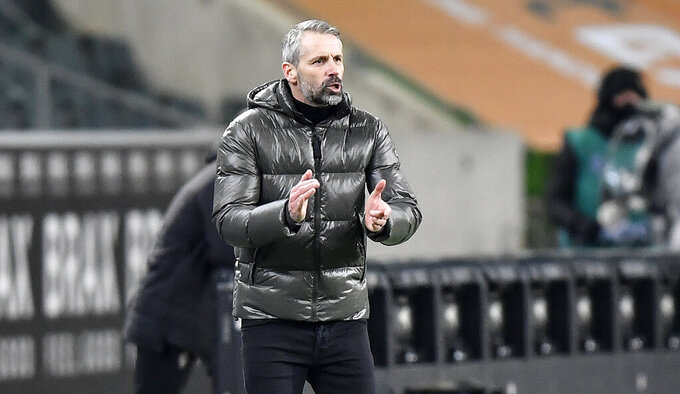 MÖNCHENGLADBACH, Germany (AP) — Coach Marco Rose is to leave Borussia Mönchengladbach at the end of the season for German rival Borussia Dortmund, both clubs said Monday.

Gladbach sporting director Max Eberl said that Rose would use a clause in his contract to make the move, subject to unspecified conditions.

“In recent weeks we have had a lot of conversations together about Marco's future,” Eberl said in a statement.

“Unfortunately he has now decided that he would like to make use of a clause in his contract, which runs to June 2022, and make a switch to Borussia Dortmund."

Dortmund confirmed Rose had agreed to be its new coach.

“Out of respect for all the parties involved, after today Borussia Dortmund will only comment again on the sporting future under Marco Rose's leadership after the end of the 2020-21 season,” the club added.

The team has won only four of 10 league matches under Terzic — and one of its last six — ahead of Wednesday's Champions League last-16 game at Sevilla.

Rose won plaudits when Gladbach led the Bundesliga for much of the first half of last season before eventually finishing fourth and qualifying for the Champions League.

Gladbach hosts Manchester City in the Champions League next week in a game moved to Hungary because of German travel restrictions during the coronavirus pandemic.

Dortmund is sixth in the Bundesliga and Gladbach is seventh. The two clubs are also due to meet in the German Cup on March 2.