Column: Boorish fans have us longing for cardboard cutouts 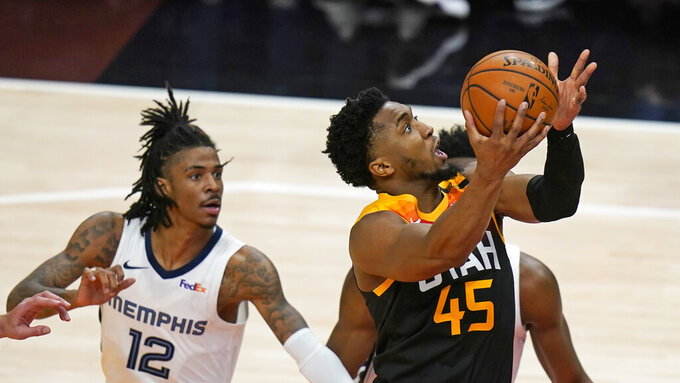 The good thing about cardboard cutouts: At least you don't have to worry about them spitting on a player, or dumping a box of popcorn on his head, or breaking into a brawl that leaves a toddler in tears.

As fans begin filling the stands again, we find ourselves longing for all those empty seats that marked the grimmest days of the pandemic.

At least it was peaceful.

In just the past few days, we've witnessed a disturbing breakdown in social norms and the ominous repercussions it’s having on the games we love to watch — in person, preferably.

Emerging from a year of death and misery, we should be celebrating the return of fans to ballparks, stadiums and arenas that seemed so cold and barren when the only cheers were being piped in.

Instead, a few miscreants are ruining things for everyone. It's not hard to envision something truly awful happening if they don't get the paying customers under control.

“This is crazy,” said Atlanta Hawks center Clint Capela, summing it up as well as anyone.

The unruly, unacceptable behavior cropped up in three NBA arenas on the very same night during the opening round of the playoffs.

In New York, a social deviant — let's not even give him the courtesy of being called a fan — spit on Hawks star Trae Young as he prepared to inbound the ball against the hometown Knicks in the fourth quarter of a tight game at Madison Square Garden.

In Philadelphia, another person dumped a bucket of popcorn on the head of Russell Westbrook as the Washington Wizards' top player was heading to the locker room with an injury.

Before the night was done, three people in Utah were tossed from the arena for a barrage of lewd comments directed at the family of Memphis Grizzlies' phenom Ja Morant while he was in the process of lighting up the hometown Jazz for 47 points.

“There's no place for that, man,” Knicks All-Star Julius Randle said Friday. “I don't care if it's my home crowd or not.”

While the NBA has been dealt the brunt of the misbehavior, it's hardly alone.

On Wednesday — the very same night of the unacceptable antics in those three basketball arenas — videos emerged on social media of fans brawling in the stands during a baseball game at Minute Maid Park in Houston.

What made it downright heart-wrenching was the little girl sitting nearby, bawling at the violence she was seeing from those who should be old enough to know better.

Strangely, Houston police did nothing more than issue citations to three people for fighting in a public place. No one was actually taken to jail, which might've made those misbehaving think twice about doing it again.

And let's not forget the final round of last weekend's PGA Championship in South Carolina, when excited spectators — thrilled by Phil Mickelson becoming the oldest player ever to win a major championship — invaded the course in a scene that left both Mickelson and playing partner Brooks Koepka unnervingly vulnerable amid a sea of humanity at Kiawah Island.

Especially Koepka, who is still recovering from surgery on his right knee.

The NBA teams took a step in the right direction by barring those involved from attending future games, but it should make clear this is a lifetime ban from any events at those three arenas. If criminal charges are warranted, they should be pressed to the fullest extent.

“If you ban people for life from these arenas, I would hope they'd think twice about doing something like that,” Atlanta's Kevin Huerter said. “That's the only response that is warranted for this type of behavior. If you throw something or spit at somebody, you don't deserve to go to an NBA game ever again.”

The league also announced that it will strenuously enforce its fan code of conduct for the rest of the postseason, another move welcomed by the players, but there is still a bit of unease that not enough if being done to protect those on the court.

Huerter called for better screening of fans who land prime courtside seats as another potential way to curb the mayhem.

“As players, we want fans at the game, we want them close to the game,” he said. “But it's tough to be in control of 15,000 fans with a few security guards.”

Morant suggested the NBA set up separate sections in every arena for the family of visiting players, which sounds reasonable and should be relatively easy to pull off.

"My family actually was surrounded by a lot of Utah fans like right in the middle,” Morant said. “It was kind of tough for them to be able to cheer without someone saying anything.”

The NBA needs to keep ahead of this issue, that's for sure. Given the intimacy between players and fans, it's hardly farfetched to fret about a repeat of the “Malice at the Palace” — the infamous 2004 brawl at Detroit that spread from the court into the stands.

“I'm glad it didn't happen to me. because something like this ...” he said, his voice trailing off before he said anything more. “The league needs to send a message to let fans know that you can't do that, you won't do that.”

If fans don't get the message, they can always bring back those cardboard cutouts.