Copa America in Brazil up to 140 virus cases 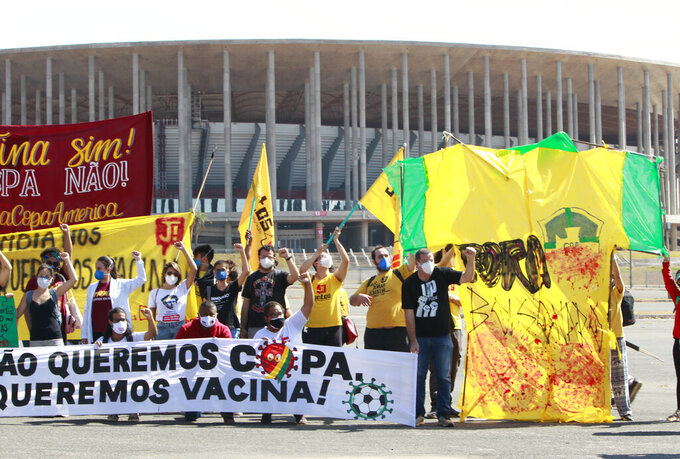 SAO PAULO (AP) — There were 140 known COVID-19 cases at the Copa America in Brazil on Monday, up from 66 positive tests on Thursday.

CONMEBOL said in a statement that of the 15,235 tests, the number of people infected was 0.9% of the total.

“Most of the affected are workers, members of squads and outsourced staffers,” the South American soccer body said. “In comparison with the previous figures, the incidence of the coronavirus is lower, which is a clear sign that preemptive measures and health protocols are working as expected.”

On Sunday, Chile admitted some of its players at Copa America violated the tournament’s virus protocols after a barber visited the players’ hotel in the Brazilian city of Cuiaba.

The Chilean Football Association issued a statement saying it “recognizes the violation of the health bubble of the squad participating at Copa America, with the unauthorized entry of a barber who, despite his negative PCR test, should not have made contact with the players.”

The Chilean FA did not give the number or names of players involved, but said they will be fined.

Brazil stepped in as an emergency host despite the country having the second highest number of recorded deaths from the coronavirus in the world, at more than 500,000.

Half of the teams playing in the Copa America have reported COVID-19 cases — Venezuela, Bolivia, Colombia, Peru and Chile.