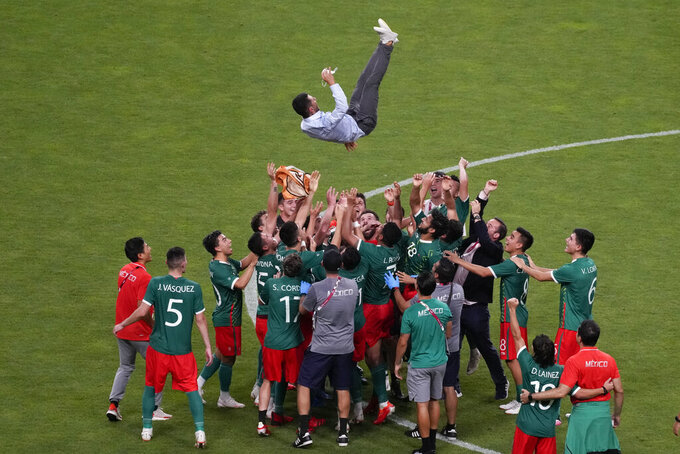 SAITAMA, Japan (AP) — Sebastian Córdova opened the scoring and added two assists to lead Mexico to a 3-1 victory over host Japan in the bronze medal match in Olympic men’s soccer on Friday.

It is only the second time Mexico has won an Olympic soccer medal, adding to the gold from the 2012 London Games.

The opener came after Japan midfielder Wataru Endo fouled Ernesto Vega to concede a penalty that Córdova converted in the 13th minute.

Jorge Sanchez headed Córdova’s free kick into the net in the 22nd. Alexis Vega headed in Córdova’s corner in the 58th.

Japan scored on Kaoru Mitoma's powerful strike in the 78th, but it was too late to mount a comeback.

Mexico celebrated by throwing coach Jaime Lozano in the air in Saitama, Japan.

The gold medal match on Saturday is between defending champion Brazil and Spain.