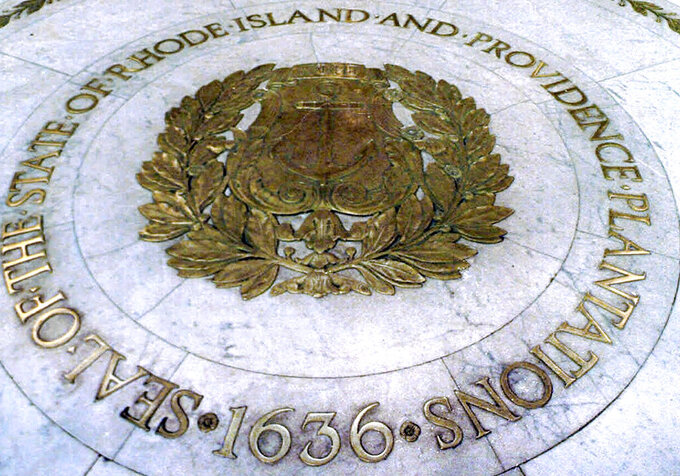 PROVIDENCE, R.I. (AP) — The coronavirus pandemic was far and away Rhode Island's top story of 2020, and as the year drew to a close, the state briefly led the nation in virus cases per capita.

Gov. Gina Raimondo, criticized by some for not doing enough to slow the spread of COVID-19, grabbed headlines early in the pandemic for doing what others thought was a bit too much. The Democrat deployed the state National Guard to go door-to-door in coastal communities to see if recent arrivals were from hard-hit New York and make sure they quarantined for 14 days.

Other top stories that commanded attention in the Ocean State in 2020:

In a general election stunner, Democratic House Speaker Nicholas Mattiello — one of the state's most powerful politicians — lost reelection. Voters instead elected Barbara Ann Fenton-Fung, a Republican activist and the wife of popular term-limited Cranston Mayor Allan Fung. Mattiello, an attorney and a conservative Democrat, had been House speaker since 2014 and represented a pro-Trump legislative district in western Cranston since 2007. Fenton-Fung had repeatedly called attention to scandals that dogged Mattiello, including the money laundering trial of former campaign aide Jeffrey Britt.

Voters agreed to strip the words “and Providence Plantations” from Rhode Island’s formal name, approving a statewide referendum that had been revived amid the nation’s reckoning with racial injustice. Although the word “Plantations” in Rhode Island’s name didn't specifically refer to a place where slaves labored, the measure’s backers insisted it elicited such imagery and offended many people. Officially, Rhode Island was incorporated as The State of Rhode Island and Providence Plantations when it declared statehood in 1790. Calls to cut “Plantations” out of the state’s name intensified as protesters nationwide demanded racial justice.

President Donald Trump pardoned former national security adviser Michael Flynn, despite Flynn’s guilty plea to lying to the FBI about his Russia contacts. Flynn’s family in Middletown thanked Trump “for answering our prayers and the prayers of a nation” by issuing the pardon. House Speaker Nancy Pelosi called the Flynn pardon “an act of grave corruption and a brazen abuse of power.” The pardon was part of a broader effort by the president to undo the results of a Russia investigation that shadowed his administration and yielded criminal charges against a half-dozen associates.

A federal judge approved a settlement between Brown University and student-athletes who had challenged the Ivy League school’s decision to drop several women’s varsity sports. The settlement restored the women’s equestrian and women’s fencing teams to varsity status, and called for an end to a 1998 legal agreement ensuring gender equity in varsity sports at Brown on Aug. 31, 2024. The settlement stemmed from a legal challenge in June to the Providence school’s decision to downgrade fencing and equestrian to club status.